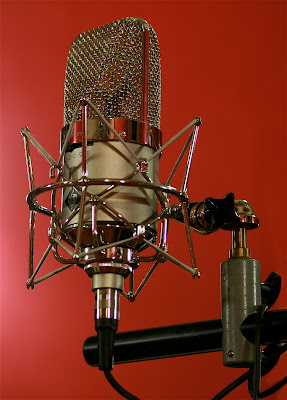 When the movie Forrest Gump arrived on the scene, I hurled myself on the “Life is like a box of chocolates” bandwagon and reveled in the film making as well as the simplicity of the story. But the scene that has stayed with me the longest is the “Captain Dan” moment when he hoisted his amputated, broken body up the sail boat in the midst of the raging thunderstorm and challenged God with “Is that all you got?” It was a stunning image, although certainly not the first time such confrontation had been employed for dramatic effect.

This morning as I was singing “Numi, lasciarmi vivere per darmi mille morti. È questa la pietà?”, (“Gods, so this is your pity: you let me live only to die a thousand more deaths?”) Captain Dan’s defiant fist punching through the tempestuous air was my defining image of the morning.

Handel dares the most jagged of rhythmic gestures, over and over, creating violent angles and leaps, truly painting the portrait of a broken man, pulling himself back to shore with no will to live. Again, while some may find the repetitions of text baffling in these old baroque pieces, I find them astonishing for it really is how the human mind functions. I hope I’m not alone in this – but I do think we humans tend to endlessly repeat things to ourselves, searching for understanding and comprehension – especially in moments of despair. We simply work it over and over, grasping for illumination along the way.

As a singer, what a luxury it is to have the TIME to explore the depth of despair and outrage and confusion and vehemence and anger and exhaustion with the simple phrase, “This is how you show me pity?” In a 2 minute piece, that phrase is repeated 6 times. Not one of the utterances should be like the one before it, each needs a different question being asked, a reason to be repeated. Handel does some of the work for us, but we have to fill in the blanks. Ah – it’s SO good!

We then did a few recitatives in the afternoon (that gives the orchestra a much needed break, except for the poor continue folks have to soldier on!). Those are a big challenge in a recording, because they are totally isolated from the dramatic arc of the piece that we can find on the stage during a performance. We literally are jumping from #9 to #37, and immediately it is up to us to create the atmosphere in the moment. Today that meant I had to sing of how I had reached the ultimate realms of happiness leading into “Con l’ali di costanza”, followed IMMEDIATELY by the devastation that gives us “Scherza infida”. Talk about a schizophrenic moment! But here is where having performed the role on stage comes in, as well as a certain amount of recording experience: I know how to navigate the dramatic pitfalls such as this a bit better, and can hopefully launch myself directly into the moment of the scene. It’s a challenge to be sure, but also extremely rewarding, because it’s like running a sprint at full-on speed, as opposed to running the marathon of a full opera!

After a break and a lunch of pasta and potatoes, it was time for death. “Tu, preparati a morire!” After an entire first act blossoming forth with bliss and perfection and unadulterated joy, (not to mention killer introductory arias for all the cast) the drama starts full on within seconds of the start of act 2. Polinesso challenges the faithfulness of Ariodante’s beloved Ginevra, and without thinking, Ariodante immediately defends her honor and constancy, and threatens to kill Polinesso.

But then! Handel begins a slow drip of poison! In the most chilling B section amidst the fury and vengeance of the A part, Handel introduces doubt. For the first time, Ariodante begins to play out what would happen SHOULD Ginevra be unfaithful to him – something he surely had never really given much thought to in the past – and he simply states, “desperately, I would die.” But it’s not quite that simple – Handel draws it out on a long, tense thread of wandering melismas for the voice, almost as if you can see and feel the poison of doubt entering Ariodante’s veins. It’s as if he is truly painting with the vocal line, demonstrating the venom seeping into the hero’s blood.

From a purely vocal standpoint, this aria gives the singer the chance to do everything – firey coloratura in the start, violent aggression (always fun for me as a girl to live out that little fantasy!), and then hints at true despair and desolation with melting vocal lines of endless legato (hopefully!). It’s quite a tour de force, I have to say – but is often over shadowed by his other big numbers. But I find it an immensely interesting psychological study. Ah, see? There I go again!!!

Tomorrow – Cieca Notte, which I actually dare to say is the most important aria he sings, and Scherza infida – that little ol’ number! Best get a bit of rest!