Well. I made it. I’ve survived! And not only that, but I’ve had a complete blast! A slightly neurotic, high-pressured blast, but definitely a blast! 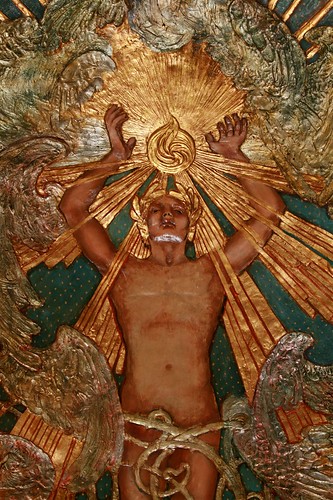 Where to begin? I believe that the key to my survival in the past week lay in a full-on attack of mental “conditioning” and vocal “pacing”. I’ve dabbled a tiny bit in the methodology and ideas behind sports psychiatry/mental imaging, etc – which likely requires a separate entry unto itself – but I’m convinced that mental preparation is, at this stage of the game, far more important than the technical work that can be done. I had a very clear plan of what I needed to accomplish in the final brutal week of rehearsals, which consisted of 2 sessions a day, one with orchestra – one simply “staging”, no days off in-between, extra costume fittings, little sleep, a public final dress rehearsal the night before my recital with 24 hours to recuperate, and then BAM: opening night broadcast live across the world!

I set a plan to sing the orchestra rehearsals full-out, concentrating 100% on the vocal and musical aspects of the character, and then “marking” (singing very lightly, if at all) the piano/stage rehearsals, concentrating 100% on the character and her subtext and those fabulous, undetectable details. When a rehearsal period is as condensed as this was, it means making the most of every single moment of the rehearsal process – bringing all your ideas to the table and simply going for it without fear of failure.

Now I don’t mean to make this sound overly-heroic; I’m not a brain surgeon, for crying out loud. But I don’t know that I’ve ever faced quite such a tall working order before, and because I love London, and love these two venues, I wanted both events to be very special – and to be in a healthy, rested position in order to give it my all. 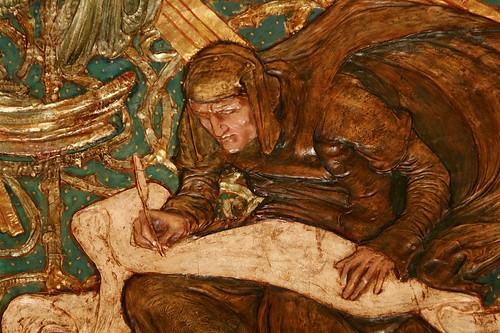 Happily, I stuck to my game plan for the rehearsal week, which is NOT an easy thing to do. Panic can easily set in during a rehearsal in which you’ve decided to mark – the inner dialogue can quickly digress into the cancerous, “But you haven’t sung this aria on the stage in costume before, I know you’re tired, but you had better sing out and MAKE SURE that ‘you have it’!” And faced with the fact that you in SUCH a gorgeous, intimate theater, and the music is just SO – my God, it’s Giovanni! – amazing, it’s terribly tempting to just throw in the conservative towel and wail away. But I cranked up the discipline factor, shut my mouth, and forced myself to trust the work I had done previously, ignoring the pesky inner demons. The tricky thing is, with a brand new role, you can’t be SURE that you’ve prepared enough – you have to trust and hope!!

Dress rehearsal. Friday night. I had already warned “Sir Maestro”, the astonishingly energetic Sir Charles Mackerras, that I would not be singing the entire rehearsal. I new what my trouble spots had been, and I assured him I would sing those out (the places I was getting behind or ahead, flat or sharp, sloppy or lazy!), and of course, I would sing most of the arias. The rest, I marked. (Talk about a bizarre sensation – the house is full of people, and I’m not singing? That was a new one for me!) But it was a very deliberate strategy – the final dress is a REHEARSAL, not a performance and I rehearsed in what I hoped would be the optimal way to achieve a good opening night.

Wigmore Recital. Saturday night. Fingers crossed as I eek out the first vocalizes of the day. It feels fresh. Immediately I can relax, because fresh is good – fresh means I don’t have to worry, fresh means I didn’t over-stretch myself in the previous week, fresh means I can just SING and ENJOY. Now comes the pay-off, I hope! As is always the case, there is an expectant air hovering over the hallowed Wigmore Hall – especially tonight, considering it is the opening of the season. I meet my pianist, David, and we rehearse the program we know quite well – revisiting tempi, moods, those few rough spots. We’re both relaxed and THRILLED to be under the amazing dome that somehow demands nothing less than excellence, but is loving enough to cushion every risk you dare take. 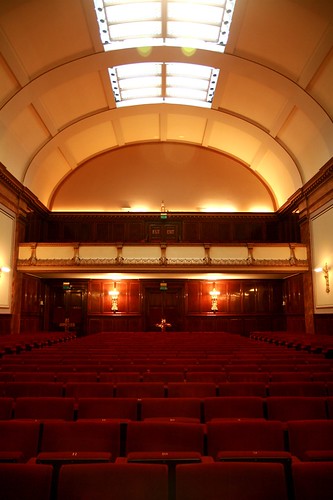 The audience arrives, giving birth to the palpable energy I was feeling earlier, and we start our dialogue; song after song, I relish the words and the melodies of these pieces I love, soaking in the moment, and feeling deep gratitude for the network of friends (both old and new) who have opted to share in the evening with us. This was one of those nights I will not forget – one of those nights that we singers long for and hope for, and when they come, we TREASURE them.

My apartment. Sunday. I don’t leave it. I am a zombie. “Where did I put the remote control?”

The Royal Opera House. Monday night. Am I ready? Did I prepare well enough? Can I do this?(“Please GOD, don’t fall down again like you did in the previous two dress rehearsals!!!”) Time to eek out the first few notes again: and….? and….? I feel good! The voice still feels fresh (which also tells me that I’m not over-singing this role, which was a fear of mine at the start.) And then of course, there is the normal chaos in the dressing rooms for an opening night, only amplified 100-fold because it’s the opening night of the season, it’s a live broadcast, and everyone’s adrenalin is pumping like crazy: in comes the sound girl with the microphones (two microscopic things which I wear under my wig – the second one just in case the first one konks out!), the wardrobe lady with a newly altered dress that I hope fits better, the wig lady with my new wig that I haven’t really had a chance to adjust to, “Sir Maestro” double checking that I was, indeed, marking in the final dress rehearsal and not just undersinging in the trio wrecking the balance we worked so hard to find, the Assistant Conductor to remind me of the text mistakes I made, some press folks with last minute requests, and the proper administrative folks making the rounds to be sure none of their cast is freaking out too much. Forget the quiet warm-up and final moments to concentrate! I had to rely on a simple folk singer under my window, to relax me to his dulcet strains of familiar Beatle’s tunes! 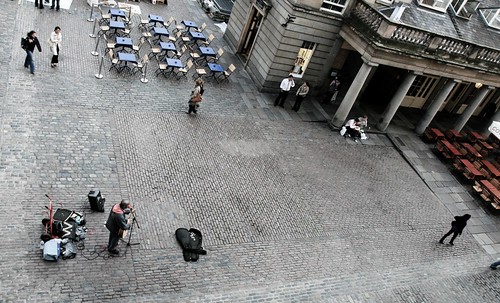 He’s been there every night of the previous week, just like us, and strangely enough, it was exactly the thing I needed to calm me down: “Well he’s doing it! He’s been out there every night with no rest – what’s the big deal?” So I warmed up, took a bunch of deep breaths and went out to find that Don! Of course, I was completely over-loaded on adrenalin and the whole first aria was way out of synch w/ “Sir Maestro”, but then I calmed down and just let it play out – I can nail the aria the next time. But there was a good energy on the stage, a GREAT energy from the audience (“Welcome, Sun readers!”), and for the umpteenth time in centuries, Don Giovanni faced death squarely in the eyes, refused to atone, and met his firey death.

THANK YOU to every single person who has cheered me on during this marathon, who have sent such kind remarks, and for my wonderful colleagues and staff who made such a fabulous evening possible! Now I feel like I can settle down and simply PLAY!

I did want to say one other big thank you to a fellow blogger and brilliant writer, Steve Smith for this. It left me a bit speechless, I must say!

Must hurry on back to Seville, now….