To anyone who has read one of those “this is your life” articles about me, it may not come as a surprise to hear that I am a huge Billy Joel fan; in fact, I still dream about singing back up for him at Madison Square Garden some day. As habit dictates, I blasted his album “The Stranger” over my loud speakers at home recently while tending to the painting of new dry wall, the bottomless filing of programs and cards and photo copied music, the sneeze-inducing dusting of all the forgotten nooks and crannies, etc – you know, all the glamorous parts of a short homestay – and as his song “Vienna” rocked me through yet another pile of crumpled receipts, I found myself really listening to the lyrics with which I had sung along countless times, while never actually having had a context in which to put them. Well, finally I did…these lyrics which have accompanied me through thick and thin finally hit home:

“Slow down, you crazy child
and take the phone off the hook and disappear for awhile
it’s all right, you can afford to lose a day or two
When will you realize,..Vienna waits for you?”

Ah yes … Vienna was waiting for me! Who knew??? 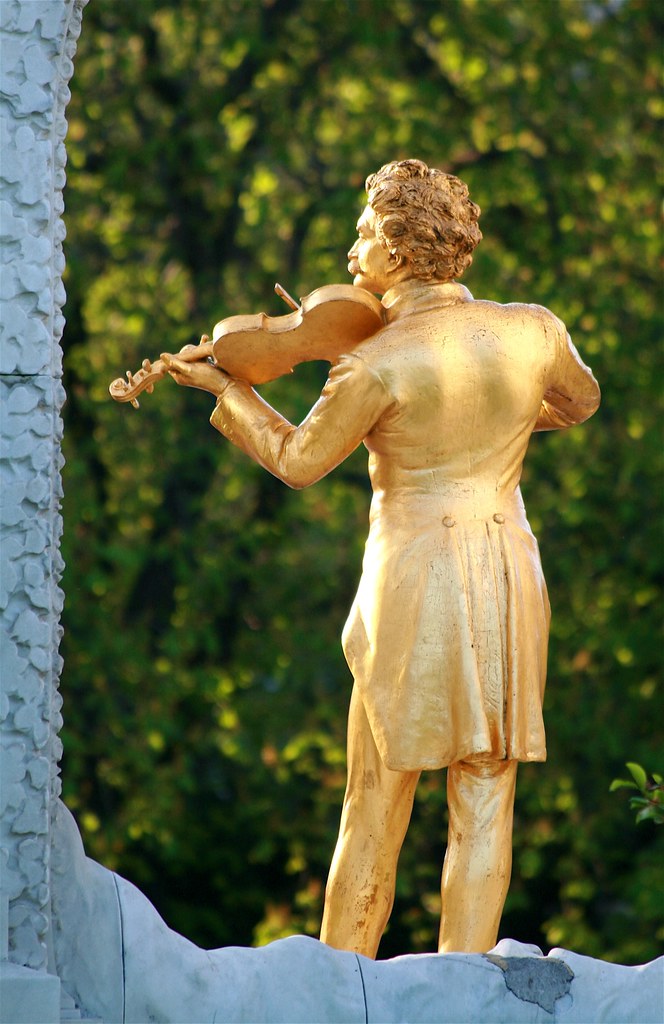 Billy? I took your advice, and I thank you for it! It so happened that my 2 days of rehearsals (yes, that’s not a typo: 2 days for my Vienna State Opera Debut, which is apparently nothing out of the ordinary!) straddled the Easter Weekend, so we worked a bit on Thursday, had Good Friday off, Saturday brought an afternoon rehearsal, Easter Sunday and Monday left me free to roam the town, and then the opening on Tuesday! I wasn’t particularly happy at first to have so much free time on the job when I could have been in NY with my husband, but as luck would have it, the time was a perfect excuse to keep that phone off the hook and disappear for that little while. 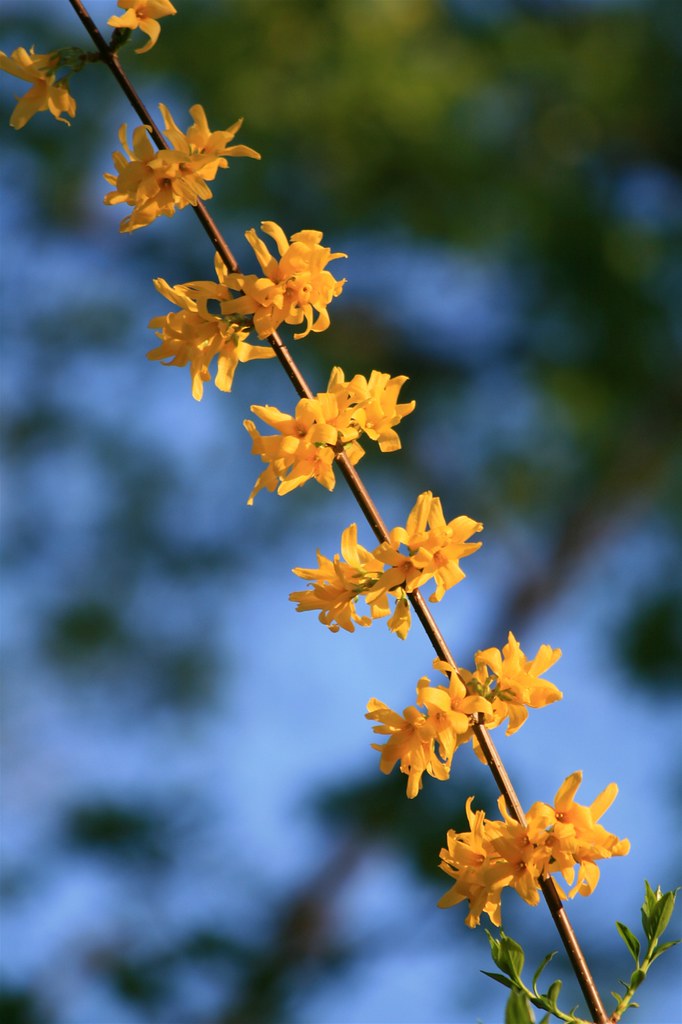 I found myself on my new favorite pasttime: one of those convenient rental bikes popping up in all the forward-looking cities of Europe (come on, America – let’s get with the program!), enjoying the first flickers of spring, taking in the beautiful fresh air, and enjoying the imposed silence! Ah, it was heavenly! Apparently Vienna HAD been waiting for me!!

But there was also work to do, although I was most happy to play the recreational tourist! It was quite astonishing, to say the very least, to step into the 352nd performance of this production of the Barber of Seville, which was first seen before I was born: to think of the singers who have come before me in this production, in these costumes, and with this orchestra overwhelms the mind; to step onto the soil of this city knowing it has been walked by the greatest minds and artists the world has ever seen overwhelms the heart; and to take “my turn” and meet the Vienna Philharmonic and the Vienna State Opera public for the very first time singing those ever familiar syllables, “Una voce poco fa” could understandably make the voice shake! Happily, Rosina is a good friend, and she carried me through the nerves and the excitement with all the Spanish will power she possesses, and I was one grateful mezzo! In a way, this kind of performance is exciting, because you must stay on your toes at all times (which should always be the case, I suppose – this particular situation just demands a different kind of concentration!), and to be sure, the sense of improvisation is thrilling as an artist. (However, I suppose that in the end, I am one who would choose more rehearsal so those elusive nuances can be somehow achieved….)

A glorious week in Vienna was gifted to me, and the thought that I was so very fortunate to be on that stage never left my mind. It’s one of those moments I wished my parents had seen.

But I lucked out as a plane was flying over a statue I was photographing, and it took my breath away as I realized it was the perfect depiction of how I had felt during my time there: soaring and free with the sky being the only limit in sight! 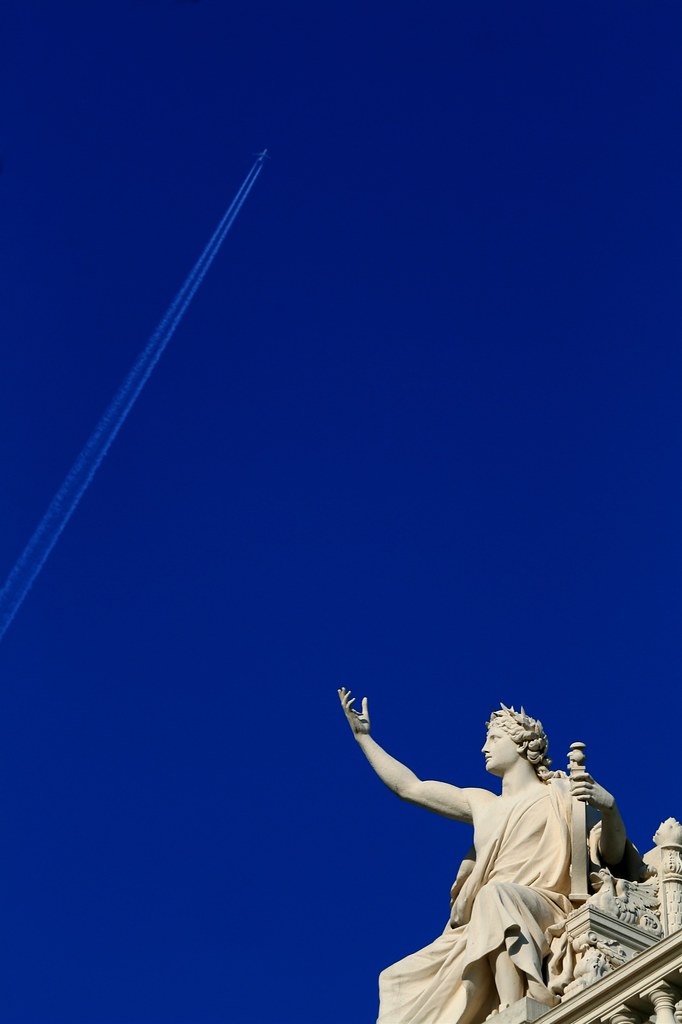 Next up: my Wichita recap!