In 1998 the Houston Opera Studio premiered the now nearly standard repertoire opera, “Little Women” by Mark Adamo. It challenged us greatly at the time, but seeing that it has enjoyed numerous performances now makes me quite happy that we were in on the ground level. I sang the character of “Meg” (even though I REALLY wanted to be “Jo”!), and found that in the end, it was definitely the right fit. Meg’s big tune was about change, and the title of the aria, “Things Change, Jo” has become my go-to catch phrase for a lot of situations.

1998 was my final year in the Houston Opera Studio, and after 2 life-changing, challenging, formative years I was “ready” to embark on a professional career. I spent a good portion of that final spring singing for management and hoping to be picked up by one of the “good ones”. I had all my recommendation letters lined up, audition repertoire polished to the nth degree, and I thought surely it would happen easily – after all, I was a recent graduate from the Houston Opera Studio – my fate was SURE!

Well, it didn’t happen the way I had envisioned it. In fact, it was the antithesis of what I expected. I was not accepted onto any of the NY rosters that I auditioned for. I was the only alumni of that year to leave the program without management. I had a few jobs lined up, but the all-important A G E N T (cue the scary music, please!) was nowhere to be found. I found myself in Hamburg in June of that year, feeling quite a bit the odd mezzo out, and sang my heart out for Placido Domingo’s Operalia competition – surprisingly, coming in 2nd place. But it was the call the following Monday morning that was my first big “Things Change, Jo” moment.

A British sounding voice introduced himself as “Simon Goldstone from IMG Artists in London”, and suavely continued with “I think you’re terrific and want to represent you for world wide management.” I was completely taken aback, because I had #1: never heard of him, and #2: certainly hadn’t sent him any of my carefully prepared and organized materials! Where was this guy coming from? After he shot down my argument of “But you’re not a NY Agent” with the canny answer, “You do realize we have opera over here, as well, Joyce”, I decided to meet him and hear him out.

Within the month I was on his roster, and he had moved quickly to organize a rush of European Auditions. Simon and I have since taken a wild, crazy, surprising and immensely rewarding journey together, and the idea that we still just might have a long way to go is quite exciting. We share a lot of the same philosophies and that has made for a very smooth ride. A few of the nuggets he passed on to me early on:

Me: “But Simon, I thought opera singers made good money – why aren’t I making good fees?”
SG: “Joyce, don’t worry – you do the work, the money will follow.”

Me: “But Simon, I don’t understand – why does it seem that everyone is moving faster than me?”
SG: “Joyce, don’t worry – keep doing the work, we’re building a long term career here, not something that takes off and crashes after 4 years.”

Me: “But Simon, why are all these other people getting recording contracts and they’re passing me over?”
SG: “Joyce, don’t worry: your time will come.”

Me: “But Simon, what else do I have to do to get noticed?”
SG: “Joyce, don’t worry: you keep doing what you’re doing, they WILL get it…eventually.”

But what does a manager do? How do you know if they are the right one for you?

Well, I can tell you what they don’t do: They cannot GET the job for you – that’s our responsibility. But, if they have a reputable, reliable relationship with the theaters, and if they have developed a certain level of trust, when they say to the company just before your audition, “Watch out for this one – she’s special,” they just MIGHT listen to you with slightly more open ears.

But they CAN guide you, and lead you, and protect you, and be your ears, and give you critical, honest feedback, help sustain your morale when you’ve been beaten down, and occasionally, if you need it, be the shoulder that you lean on when all your loved ones are in another land. And when they are the right one, I think you’ll just know. If you ever have to force it, it will never quite mesh they way you’ll want it to, so you have to listen to your gut.

I’ve now been with Simon for 12 years – wow, a full dozen! – and the journey has been grander than I ever could have imagined. It’s also been a helluva a lot of fun, as we’ve made sure to enjoy ourselves along the way. So when he told me that he had an amazing opportunity with a wonderful “boutique” agency in London, I didn’t hesitate – I proudly and eagerly said, “let’s go!” Things change, and I’ve slowly come to realize that changes are AMAZING. I don’t think I’ve had one change in my life that didn’t lead me to exactly where I needed to be, regardless of whether I knew it at the time or not. This is a bigger change for Simon than it is for me, but I know that he shares the same philosophy as well – Things change, Jo, but that can be a great thing!

So as he made the transition with elegance and class, openly and professionally, without scandal or controversy, I knew that I would remain in wonderful hands and be most happy to share in his excitement of new opportunities and adventures!

So it is with great pleasure that I now officially announce that I am an Intermusica Artist, and happily continue on this journey. I do wonder what the next 12 years might bring….! 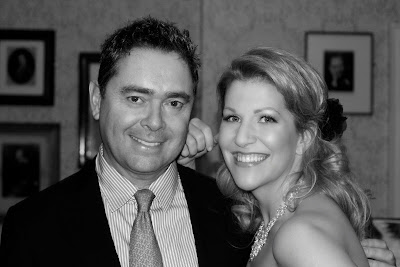