Good SUNNY morning! After what feels like about 500 years of rain between my time in Geneva and here in Paris, le soleil has decided to make a celebrated appearance and show us those amazing Parisian Blue Skies today. I could not be happier.

It’s also the day of the final dress rehearsal here in Paris, for “La Donna del Lago”. It’s always an exciting rehearsal – the adrenalin is pumping full force, nerves are running rampant, expectations are elevated and curiosity abounds as we wonder how the new show will be received. It’s fascinatingly bizarre for me, because the designs for a new production are done years in advance, the massive sets and incredible costumes are built up, and it all comes down to a few hours on the stage in front of the hungry public, and instantly it is reviewed and scrutinized and applauded or booed (the latter of which we have already discussed here!)

I’m very curious to see what people’s reactions will be to this production. It could not be further away from the Geneva production I recently participated in. In many ways, I see this production as a love letter to the days of “Grand Opera”, with the stunning sets and spectacle, where the voice reigned supreme. But it will be curious to me to see if, as Lluís Pasqual describes in a recent article, a modern hymn to bel canto will be embraced by this audience.

I’ve been challenged by this production in a very different way than in Geneva (which I ended up enjoying enormously, for the record! The process was very rich for me artistically!), and if you’ve been reading this blog with any regularity, you know that I tend not to shy away from challenges! I try to meet them head on and search for the absolute best solution to them. The difficulty for me is that this production is in a very different style than I have ever done before, and it has taken me awhile to find my footing in it. But during this past week, as we went onto the beautiful set, added the UNBELIEVABLE costumes, and the orchestra joined us, I was able to enter into this rather ethereal, other-worldly atmosphere where amid a burned down, aged theater, music still emerges victorious.

I find that I’m enjoying immensely the grandeur of it all, the spectacle, the atmosphere. And, above all – the music. So I look forward to ironing out the final wrinkles tonight, solving a few of the remaining problems, and then be ready for, hopefully, a SPECTACULAR opening here in Paris on Monday evening!

Ah, but speaking of the costumes. I hope I don’t get sued for this, but I thought it would be fun to give you a sneak peak of my costume. It’s still in flux a bit, and the costume/wig on opening night will most likely be slightly different, but this is the general idea: 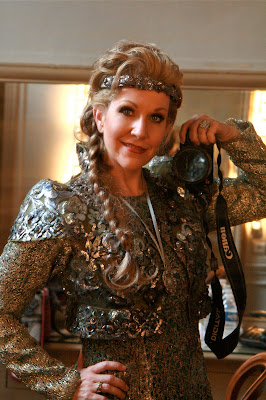 The AMAZING thing about this costume is that the “fabric” that our amazing costume designer, the Academy Award winning Franca Squarciapino, wanted didn’t exist. She wanted a metallic material symbolizing the armor of the men going into battle, since it is war and conflict that dominates so much of her world, and so they built this “fabric” from scratch. It’s astonishing how they could create a dress from metal and have it be supple and fluid. Although I can’t see it from the stage, it MUST reflect beautifully in the lights. I’ve never worn anything like it before, and this is definitely one of those times where you realize that being an opera singer, well, sometimes it’s just way cool.

HOWEVER: you cannot imagine how much it weighs!!!!!!! (I have a feeling I may well lose a few kilo’s during this run, which would delight me, naturally!) It is unbelievably heavy, and waking up the next morning after rehearsing in it for 6 hours, my body felt as if it had run the NY Marathon! It’s astonishing how much strength it requires to carry that thing around all night – oh, yes, and to try and sing! But as heavy as my dress is, it doesn’t compare to the men who are actually in armor! It’s stunning! The technical aspect of how these costumes are put together completely boggles my mind!

So as the title of this post implies, I have some information to pass on to you. (“411” is the number you dial in the States when you are looking for someone’s contact information…) I don’t normally use this blog for promotional purposes, but there are a few things I’d love for you to be aware of:

* If you like hearing me stutter in French, for the next 6 days you can see my appearance on France 2 “13:00 Heures” news program. It was amazing to me to sing opera on a mid-day news program seen by over 3 million people! Classical Music in the NEWS?!?! AMAZING! So I thank them for the invitation and the HUGELY warm welcome which they extended to me! 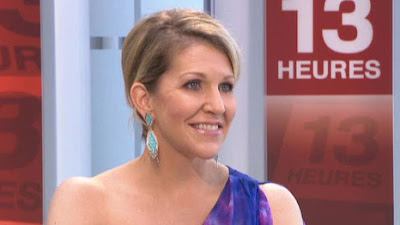 * SATURDAY, JUNE 12!!!!! 8:00 CET, 2:00 EST Please take a listen to the broadcast of “La Donna del Lago” from Geneva. I’m very proud of the work we did under the superb direction of Paolo Arrivabeni, and starring Luciano Botelho, Gregory Kunde, and Mariselle Martinez. It was a very special cast and production for us all, and I’m most happy to be able to share it with you! 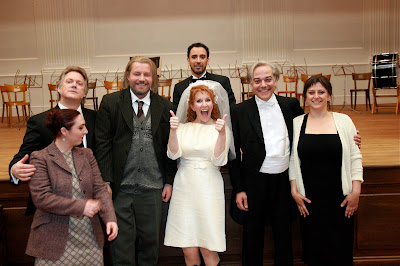 * Speaking of broadcasts, tune in on JULY 3 for the broadcast of “Le Nozze di Figaro” from the Lyric Opera of Chicago, with another very special cast under the baton of Sir Andrew Davis. Pretty proud of that one, as well!

* If you’re anywhere near Paris on JUNE 16, please come by the Théâtre des Champs-Élysées for a recital with David Zobel and myself. We’re reprising our “Over 3 Centuries of Amore” recital for the beautiful Parisian audience, and I think it promises to be a very special evening of song. (I’ll be signing discs afterwards, now that my Rossini disc is finally available here in France!!)

* Also for the folks near Paris, I’ll be appearing at the FNAC at Montparnasse on JUNE 25 at 5:30 pm for an interview and signing. Hey – it’s a chance to stock up on early Christmas presents!! 😉 I’ll also be doing a signing after the matinee performance on JUNE 27 at the Palais Garnier.

* Website redesign! My summer project is to work on a major redesign of my current website. It’s time, I’m afraid! It’s funny how quickly things become out-dated in modern times! But if you have any special requests or ideas of how to make the site more interesting, informative, interactive, etc, please let me know! Special requests? Brilliant ideas? It’s really there for you, so I’m all ears!

So yes, I’m in Paris, and that means I’m insanely busy, but it’s an exciting time, and I’m so happy to share it with this public that has been so supportive of me over the years. C’est un plaisir, mes amis!