I almost didn’t have the energy to get to the grocery store tonight after the long patch session at the theater, and definitely couldn’t quite stomach the idea of braving a busy restaurant on my own – there’s a giant seafood convention in town, and I couldn’t face the corporate vibe. All I craved was to be at home (thousands of miles away, mind you) being sent into the blissful oblivion of raucous laughter morphing helplessly and deliriously into cleansing tears in the most perfect balance as only my husband can do! I didn’t have a bad day in the least, however – it was actually a fabulous, thrilling and rewarding day – but I’m simply spent. Like a lot of the world, I’m tired today. 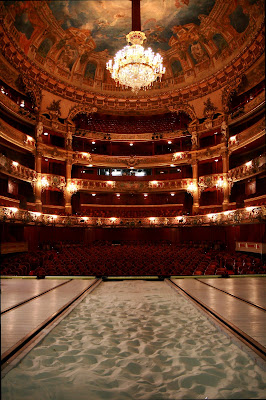 And THAT, my friends, is a dreadfully perilous state in which to enter a grocery store. I had every intention of buying lettuce, broccoli, tuna, mozzarella and cherry tomatoes and indulging in a large, kaleidescope of a salad Barry Sears could photograph as a textbook example of the perfect meal for his next book. Instead – what made the final cut into my shopping cart? I promise I’m not making this up, and because I have a modicum of self-respect, I’m BARELY resisting the temptation to photograph it for blackmail material! (Oh forget it, it’s definitely going to be my ‘gratitude photo’ for the day!)

*Orange juice, also undigested – it’s on tap for the morning

*Melo-Cakes, which are apparently Belgium’s slightly inferior answer to “Mallomars”

Now, I’m not one to normally eat Mallomars – in fact, I can’t honestly remember the last time I ate one. (The 80’s?) And I can’t honestly remember the last time a craving for the fluffy sugar bombs overcame me. (Um, never?) But there I was, surely profaning my Mom’s legacy of teaching me how to balance a meal properly, as I decided what would be on my personal menu tonight: Sea Salt Kettle Chips, Mallomars, and the lone beer sitting in my fridge: “Orval”, a genuine Biere Trappiste! I’ve officially decided that SUGAR – unrefined, glorious sugar – combined with starchy, crispy, salty, fried carbohydrates – rounded out with a bit of yeast and hops, is, in fact, the official PERFECT meal after a long, draining day.

So feeling happy, revived and full of quick-burn energy, I’ll catch you up: Tuesday night was my second concert of this blazing project of raging Handel arias. It was a very special and memorable evening to be a part of. For those keeping track, I felt quite relaxed about the entire program – simply having gotten through it a few nights earlier gave me the confidence that I could, in fact, make it to the end in one piece, and this knowledge alone was enough to allow me to let go and dare a lot. It was a wonderful feeling. The beauty of Handel is that a single aria is NEVER EVER the same twice – I experimented with different colors, opted for alternate phrasing, changed dynamics, and explored different subtexts for the characters. Most of which was quite organic, but since the concert was also being recorded, for those things that I knew had gone well previously I thought, “why not give the producer a different choice?”. The two (and a half?) hours felt very alive and, in fact, improvised, which ultimately is what I always strive for.

The response was overwhelming – again, I stand in amazement that as total strangers, a group of over a thousand ticket buyers and I, as well as the orchestra and conductor, can all come together in one solitary experience – I just LOVE that! I feel as if Brussels presented me with a red carpet, and for that I am most grateful. I will be terribly proud to have this city’s name on my disc. 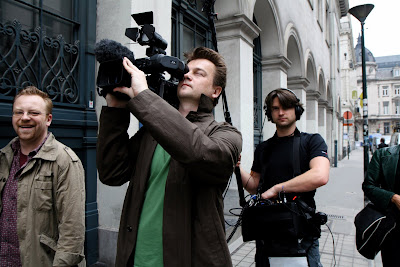 Part of the wonderful EMI/VIRGIN team were on hand, as well as a video crew who is preparing a “promotional video” for the release – and I’ll admit, all of this is terribly fun and exciting for me. The project has been so long in the making, that to have it finally coming to fruition feels wonderful. The video group followed me around yesterday for a slew of interviews as well as exploring the city, rain and all, and I felt the temptation to pinch myself along the way. I arrived at the end of the day exhausted, out of anecdotes, and ate a salad in good faith for good health…

Today it feels like the hard work began. Doing part of the recording as LIVE is electric, spontaneous and boiling with energy – I’m unaware that I’m working. It’s not about being safe, meticulous or about mathematical half-steps. Today, however, brought the opportunity to address those pesky half-steps, unison pizzicati with a bit more exacting precision. Then it will be up to the producer to find the perfect balance of exquisite musical qualities with the drama and the fire of the stage. It’s the first time I’ve done it in this order (usually I’ve done the recordings first, followed by live concerts thinking, “But why can’t we re-record everything NOW – it’s so much more exciting with an audience!”) So I feel this has been a real luxury.

First off this morning was an aria that wasn’t heard on the concert, so we were starting from scratch. Last time I sang it was in college, in fact – probably quite poorly! The flashbacks were blinding. But I’m thrilled to be including it. Then we worked some of the more complicated, firework-y ones, and that was meticulous, concentrated work, demonstrating for me how far from ‘perfection’ a live performance can be! The afternoon was devoted solely to two of the biggest endeavors of the project: “Scherza infida” and “Where Shall I fly?” It was one of the most sublime ways to spend an afternoon imaginable. I mean, are you kidding me? The work for me was about color choices, dynamics and highlighting a few tricky passages, but overall, it felt great knowing we were working from a very strong foundation from the concerts. Revisiting Dajanira, the seed of inspiration for this themed disc, has been SUCH a gift.

You know, my brain nearly shorts when I think that two such astonishing scenes could have been created from the pen of one solitary man. Staggering.

But the concentration level and energy output knocked me out. My gourmet dinner was perfectly awful, and yet hit about 13 different spots! I can now call it day knowing there is still a lot of work ahead, but feeling a wonderful sense of accomplishment so far. 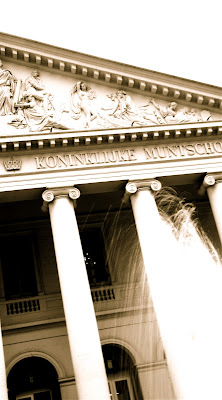