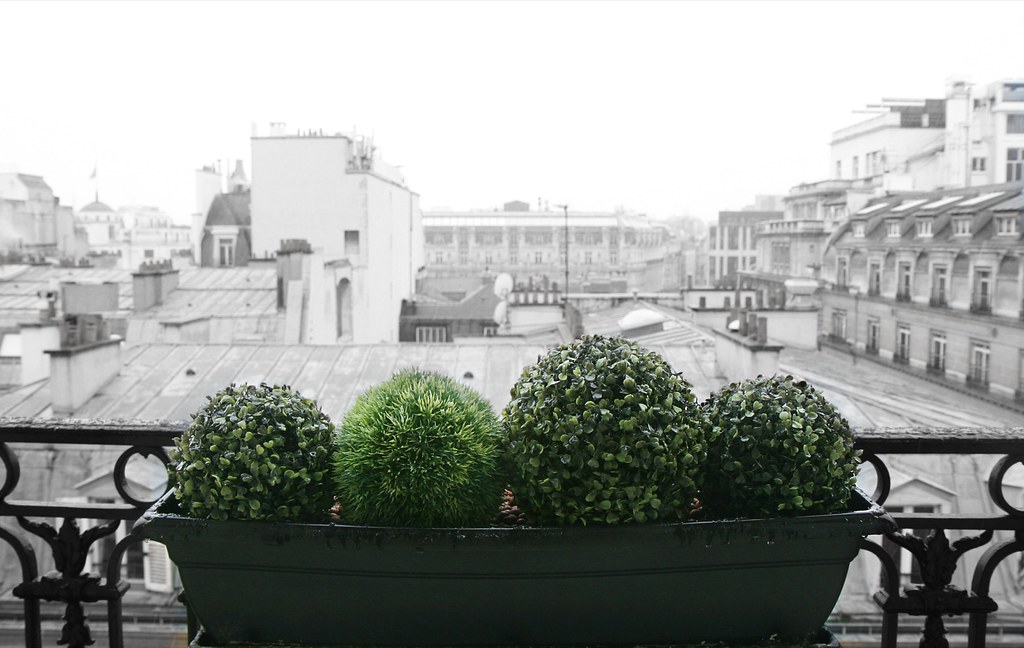 I took it as a good omen: waking up to snow flurries in Paris isn’t something that happens every day of the week, for their winters tend more towards grey skies (which generally aren’t gonna clear up), and drizzle. Much as I love Paris, I never have warmed to their winters – for if it’s going to precipitate in the unending winter months, I would prefer the white stuff, thank you very much! Call me midwestern!

But there it was: SNOW! It was beautiful, and put me in a great frame of mind to arrive at the Salle Pleyel concert hall for the first time, ready to make the very most of it. 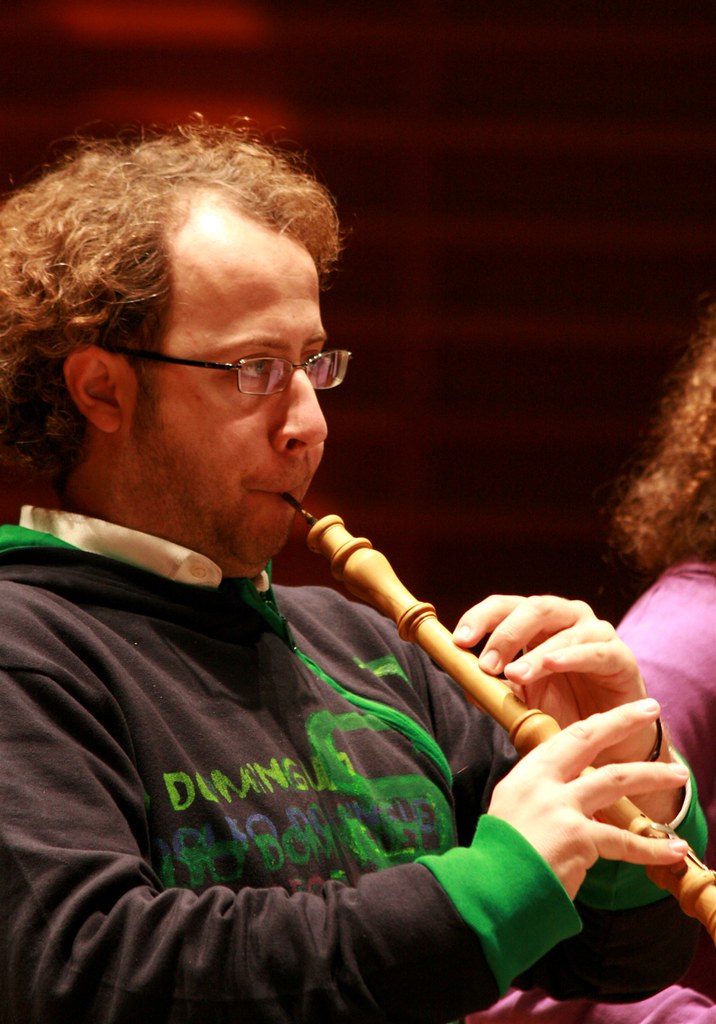 The warm up had a great feel to it, as immediately the orchestra felt at ease in the beautiful accoustic, as did I – I was worried that perhaps I had been terribly spoiled in Amsterdam, but this newly refurbished concert hall cooperated beautifully in relaxing us, knowing that the full palette of dynamics would be ours for the taking.

Now, I’m experienced, and I should know better – but sure enough, in the hallway as the orchestra was tuning up, I say to Christophe, “You know, it’s kind of stupid of me to start the concert directly with such an exposed aria, much as I love it!” And we had a little laugh. Well, what did I do? Open my mouth and bobble the very first note like an idiot! But it passed quite quickly, and maybe those friendly acoustics helped mask the “hiccup” a bit (surely not for the live radio, however!), but I was once again reminded about being careful about what you put your attention on!!!! I laughed internally, grabbed my concentration as quickly as I could, and hopefully by the second phrase no one was dwelling on the first!

The concert proceeded really well – immediately I felt the immense warmth of the public (merçi BEAUCOUP, Pareeee!), and both the orchestra and I continue to grow into the program, which feels wonderful. Again, the public here in Paris makes me feel unbelievably fortunate, for there were so many kind words, (and gifts – thank you so much!) and overwhelming good will.

This was very much on my mind today as I did one of four (!) interviews – as the question was posed” “Do you worry about the future of opera?” And I didn’t hesitate in my answer. I do not. I know times are hard. I know fear permeates nearly every decision most people are making in these days. I know everyone is on pins and needles waiting for answers to these huge questions floating around the globe – but I think about the energy and the feelings that I have felt on this short tour so far, and I’ve seen and witnessed first hand the appetite for beauty, for art, for feeling, and for connection. These are things that I think have drawn people for CENTURIES to this art form (and others as well), and will CONTINUE to attract us all in generations to come. I think of the atrocities of humanity that “music” has vanquished, and I just can’t imagine that our global “hiccup” will do us in! After all, we have history on our side…

I suppose this doesn’t mean there won’t be very trying growing pains, adjustments, closings or disasters. There may be. But I do know that we are an imaginative, resourceful and determined people who believe in the power and need for art – so I’m positive we will find our way.

And to put my money where my mouth is, I went out and about for a few hours today on a date with the Eiffel Tower, which, to my surprise, is BLUE! In honor of Sarkozy serving as President of the European Union they have turned the most recognizable structure into a celebration of this appointment: 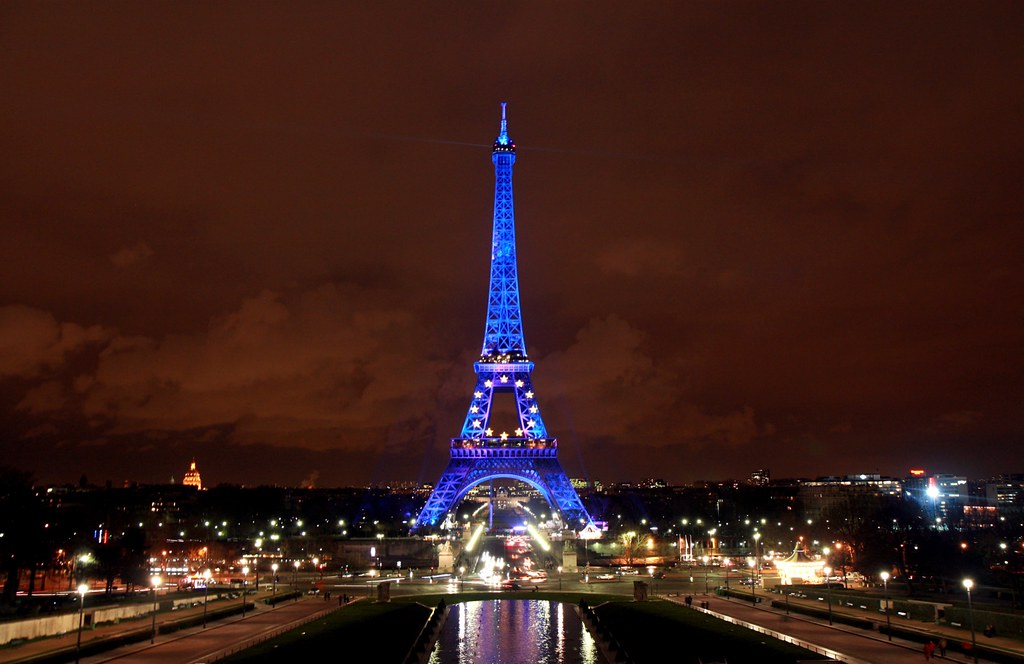 I personally LOVE it and had a ball shooting picture after picture. (As always, you can see more shots on my FLICKR photo page) and after my fingers became frozen from shooting, I hurried home to warm up, called room service and ordered the most expensive, but by far, THE WORST hamburger I have ever had. (I’m sure it tasted worse knowing how much I was paying for it!). I know Paris knows food: fois gras, salmon, haricots verts? All sublime. But come on, mes amis – learn to grill a burger!!! (Or at the very least, cut the price by 80%!) 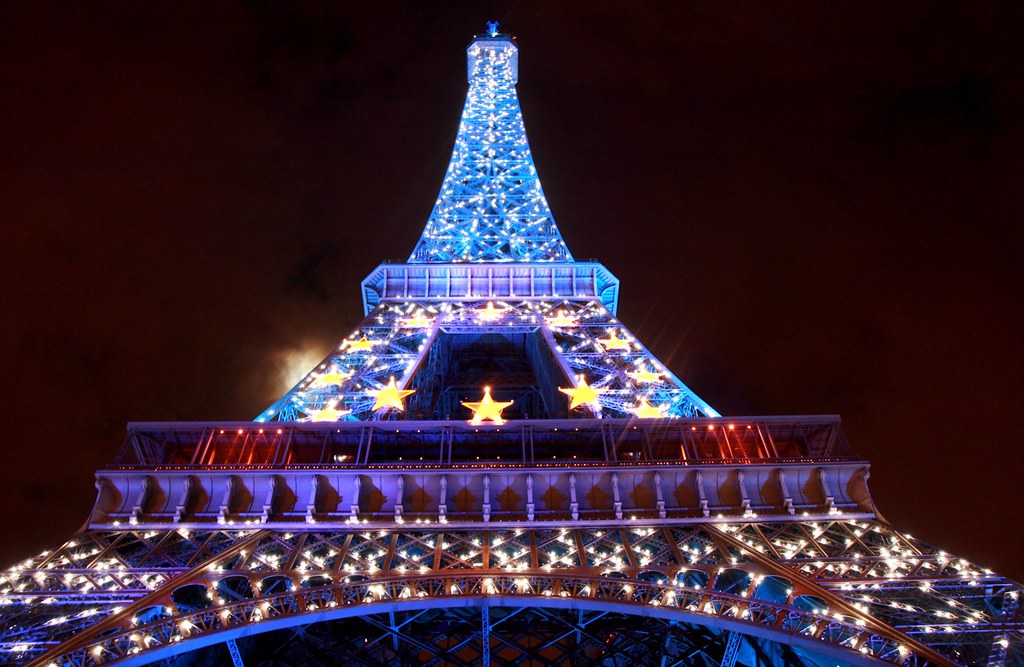 Congratulations to the Nobel Peace Prize recipient, Martti Ahtisaari, who also offers words of comfort with the following quote: “Every conflict can be solved.” That is most reassuring.