I’m in seclusion, and it’s uncanny how good it feels! I have locked myself in my loft after returning home from these past 6 ½ months of near constant travel, and I’m venturing out only for the necessities: groceries, my welcome-home martini party with friends who split my sides open with laughter, and of course my annual run to “Targè”. I’m swimming in laundry, mail, expired catalogues, accumulated receipts and papers from the road … and dust. Lots of dust. (However, now that I’ve purchased a perverse amount of Swiffers from “Targè”, the dust is history, Baby!) 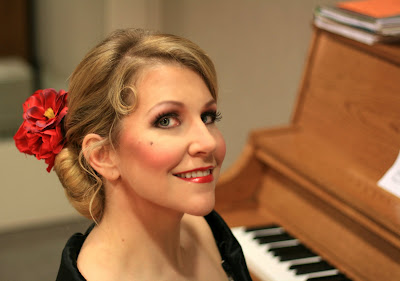 I try not to think of it too much, but it truly is a bizarre existence for us musicians who make a life out of window seats on the plane and airport “nutrition”. We must function normally and comfortably on the stage in front of thousands of people, greeting many of them – from all different walks of life – after the performance, expending vast amounts of energy in service, and at the center of the momentary, often ecstatic attention. And then: utter solitude. This jagged transition used to confound me as I was thrashed back and forth between the two extremes; however with experience and (I suppose there’s no denying it) age, a certain perspective takes root and begins to supply comfort. I could write for hours on this subject, but I’ll save that for a rainy day – suffice it to say, the balance feels great, and allows me to enjoy both of these elements all the more.

For now, I’m relishing the week-long solitude! I’m savoring being on my own schedule with no one else making demands on my time! I’m delighting in not answering the phone or emails on time! I’m breathing deeply and recharging my batteries!!! It’s heaven! And it is needed. 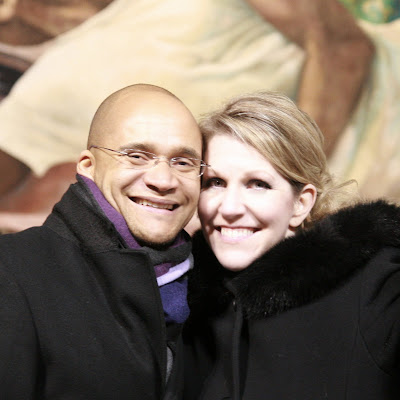 This short “little” recital tour I just finished with my pianist, David Zobel, (4 cities in 7 days), was at once energizing and uplifting, but as equally exhausting and draining. I LOVE the recital format, as the connection and immediacy with the audience is something I treasure greatly. There is nowhere to hide, nowhere to run, only music to sing – and you sense immediately whether the public is with you or not. I presented a varied program, highlighting a range of styles and composers I so love – opting out of a ‘themed’ program this time around. It meant a huge stylistic challenge for me, but that is the kind of thing that truly charges me up! (Oh, those Chausson pieces!)

We started the tour in NY: this was definitely our most “unsettled” performance, for when you premiere a new program, there are a million different things that pulse through your mind, and relaxing into the music seems a lofty, nearly unattainable goal. However, I really enjoyed myself and was so happy to see many friends and supporters there. (Thank you for coming out and for not laughing too hard when I tumbled! It is true: I am indeed gravitationally challenged.) 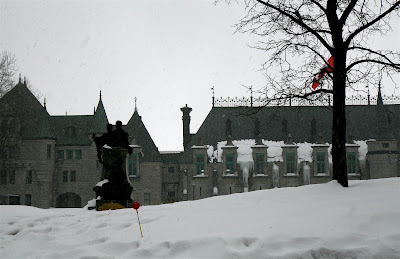 Next on the tour stop was Quebec, and it dawned on me only later what a thrilling evening it was. First of all, it was a stunning hall, which meant we could take real risks, and really relax into the line of the music. Later I realized, however, that I didn’t know a single solitary person in the audience that night. It’s been a long time since I’ve performed a show not personally knowing someone in attendance. When they cheered at the end, it was an amazing feeling, because there wasn’t a trace of “Well, that’s my family out there – they’re applauding because they have to!” or “That’s my old friend from high school shouting for me tonight…” It was a good feeling that as total strangers, the wonderful audience and I had a meeting of minds, so to speak – and it was a beautiful, spontaneous reminder of why I do this.

The final stop was in Philadelphia, and it was most definitely a “full-circle” moment for me. I’ve been very candid in the past about how hard my time at AVA was, and while I have the perspective NOW of how invaluable and necessary the experience was, at the time it was terribly challenging, to say the least. I look back now, and I realize that all I ever really wanted was the approval of the Maestro. I wanted his vote of confidence. I wanted him to think I was “good enough”. I searched, and waited, and longed for it, but it never really came. Well, he attended the Sunday afternoon recital and he found me afterwards to share his thoughts. He was completely sincere … and it meant the world to me. But the real kicker is that standing on that stage back in my old stomping grounds (which used to feel like a treacherous battlefield) I realized that I simply wasn’t looking for his approval anymore. I wasn’t trying to prove anything, either. I was just singing. That, my friends, felt wonderful. And naturally – because I had stopped looking, it came and fell in my lap! That was a lovely bonus, indeed. 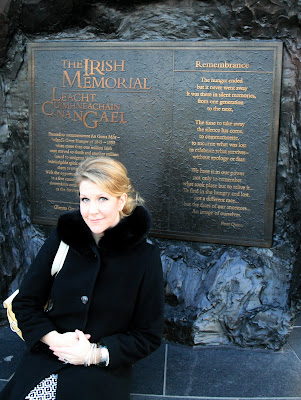 I suppose the lesson for me is that we will never garner real approval from anyone. The onus is on me to believe in what I am bringing forth, to work to give the people their money’s worth – while hopefully moving them in the process. As a performer, if I’m looking for endorsement or sanction from someone, I believe THAT is precisely what the audience receives: a request for validation, rather than license to lose themselves in the story and the music. I’ve worked hard on shedding some of these psycho-babbly (that’s the official term) head games that are so easy to engage in as a singer, clearing out the muck, and just letting the music revel in the attention it deserves. I have my good days and my bad days, to be sure, but what a vast difference that distinction makes.

I had a SUPER fascinating experience on my last day in New York City. (How I love that town!) It was the photo shoot for my soon-to-be-recorded disc, “Furore”: a compilation of Handel arias and scenes to be released later in the year. I worked again with photographer Sheila Rock, who epitomizes the word “artist”. (Any doubts, just take a look at this.) I am not a model by any stretch of the imagination – and having done a few photo shoots now, I fully realize that it is a skill you must learn. I was very nervous going into the day, because the theme of “Fury” implies anger and rage, and I knew it would be tempting to play into the “theater” of the concept and miss the “portrait” aspect – meaning to aim for an intensely compelling photo on the front of the disc to invite people to purchase the album, but not to frighten them away out of horror at the Mad Mezzo foaming at the mouth! Sheila was fabulous in steering me to maintain that balance, discreetly directing me to play up my strengths and avoid my weaknesses. Once again I’m reminded of how REFRESHING it is to have someone be direct and honest with you in a supportive manner – it saves SO much time in the long run, and ultimately serves you, even if it is a challenge to hear that perhaps this or that feature is not your best! But the day was exciting – and it only intensified my anticipation for these upcoming concerts. I sit at my piano here, overlooking my hometown, watching the sun set just out of my reach, going over and over the selections for the concert, scouring the texts and harmonies, and I close the piano lid thinking how fortunate I am to immerse myself in this music. Handel. Simply sublime. 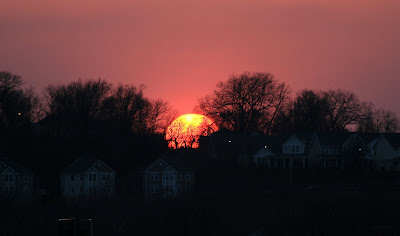 So as the clock presses forward on its seemingly singular mission to rob me of my time at home, I will save this entry, post it quickly, and get back to my solitude. Oh yes, I think it’s time for some Ella to sing some Duke. Oh yes – who could ask for anything more?

Photos:
As Rosina, Lyric Opera of Chicago
On tour with David Zobel
Quebec, buried in snow and icicles
At the Irish Memorial in Philadelphia
Sunset in Kansas City