In the theater, when a character must change their costume (or wig, or makeup, for that matter) very quickly, we call it a ‘quick change’. My fastest quick change to date took place not quite 10 years ago in one of my first professional productions: I was singing the Muse/Nicklauss in “Les Contes d’Hoffman” for Houston and the staging required that I step off stage as the Muse (clingy gown, leafy crown and all), and return SEVENTEEN SECONDS LATER as Nicklauss, dressed in business suit and tie. My all-star dresser, Larissa, pulled off the minor miracle with great aplomb, and I was ready to try and keep Hoffmann from making yet another feminine-inspired misstep. Many other quick changes have followed, but that one was perhaps the most harrowing.

Fast-foward a few years, and I feel like I pulled off a slightly less time-challenged quick change, but a no less harried or frenetic one: what about a 29-hour trip from Geneva to New York City and back? I’m certainly not the first singer to pull something like this off, but it was a first for me, and it was a blast! I received a call 2 hours before the piano dress rehearsal for my first “Ariodante” to see if there was any possibility of flying to NY the next morning to fill in for Susan Graham who had fallen ill. I told Barry Tucker, the initiator of this crazy idea, “If you can find flights that will put me in NY in time to shower and warm up, and back to Geneva the following day in time for my orchestra staging at 2:00, I’m game.” 10 minutes later the fabulous Tucker Staff had me set up to go. And so go I did. 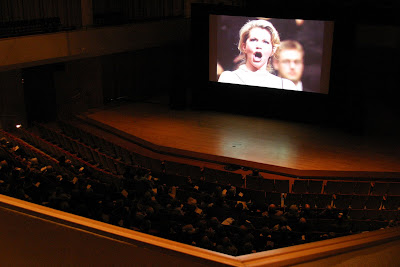 I’m thrilled that I was able to make the journey, because this year the Tucker Foundation secured invaluable funding to broadcast the event live to nine universities across North America, with plans to air it later on PBS, returning to a long tradition of Tucker Broadcasts which I believe has been sorely missed. I’m quite certain a connection exists between the revolution Mr. Gelb has initiated at his theater across the Plaza of broadcasting operas live, with the resurgence of the Tucker Gala on TV, for he has single-handedly given opera and music lovers a chance to show, in large numbers, that there is a definite appetite and desire for high quality arts and culture in this country. All of a sudden, I feel like don’t live in such a culturally malnourished nation anymore, and that is a sublime feeling. To be a participant in such an endeavor is an honor.

Back to practical matters, how does a girl pack for such an occasion? THANKFULLY I had with me 2 gowns which I had just worn for my recent recital at La Scala, although they had not yet made their needed trip to the dry cleaners. God bless the two lovely dressers backstage who took them out of the bag to steam them, in all their “lived-in-glory”. (Was that tactful enough?) But there remained a rather large obstacle: how in the world could I present the Silver Rose (actually, the “Tiffany” Silver Rose, courtesy of the MET Prop department, thank you very much!) in a rather form-fitting sequined gown? I thought, “I know it’s not ideal, but it’s a gala, I had no warning, sequins are better than jeans, and so surely people will get over faux-pas!” Well, when I told my poor Sophie, (the divine Diana Damrau) “Just avoid looking at my neckline when I bend to hand you the rose,” she was rightly appalled, saying, “Well, there is no way we can have that!” And so for you opera trivia lovers out there, you’ll be interested to know that the outfit “Octavian” was wearing for the 2007 Tucker Gala’s ‘Presentation of the Rose’ was actually the outfit the “Sophie” wore to the theater that night! Diana actually gave me the clothes off her back, right down to her shoes, and THAT, ladies and gentlemen, was my first outfit!

While I was very happy with the way the concert went, there was no denying that I was quite proud that I could pull off 3 outfits on such short notice. See? That good quick change karma is following me! However, as thrilling a feat as that may have been on one level, to stand in front of such a warm public, singing with the stupendous MET Orchestra to Diana’s delicate Sophie, and Renee Flemings exquisite Fiordiligi was a definite “pinch me” moment. Another opportunity to relish how much I love what I do. PS – kudos to Maestro Asher Fisch for talking through “Una voce poco fa” with me minutes before the start of his long evening, and leading the orchestra through the piece without any rehearsal – that was improv at its best! 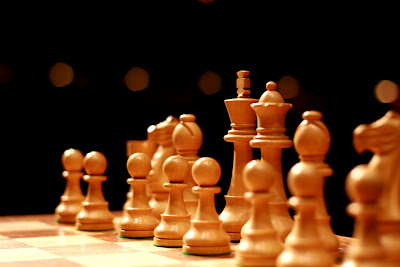 Quick changing back to Geneva, I’m back to the world of Handel, chess boards, and khakis, very, very far away from the glittering sequins of Avery Fisher Hall! (I don’t want to spoil anything, but Polinesso’s “death” involves a chess board.) After a long week of final rehearsals (often referred to as “hell week” for the grueling hours and intense pacing required), we open tomorrow. This Prince has long been at the top of my list of ‘dream roles’, and in a way it’s a bit sad to move it from the unknown, virginal stage of “maybe one day I’ll get to sing it” to the reality of premiering such an iconic role, knowing that there is only one ‘first time’. I have high hopes for this role, as artistically it feels like a perfect fit, and I am surely challenged in every single way with the demands of the role. But the hardest part as I go into Sunday’s premiere is that I want it to be so, so good. I want people to breathe each breath along with Ariodante, to feel his naive and unfiltered jubilation at the start of the piece, to walk with him as the poison of doubt enters his veins, as his heart breaks in two when he believes his love to be untrue, not to mention when the realization erupts in him that ultimately he, himself, is the only one to blame for the betrayal, and finally coming full circle to joy again — but this time, a joy which bares the wounds of his mortality, that shines through the scars of his all too human nature. I want people to take this journey with him, so that at the end of the (nearly) 4 hour evening, they will have experienced a rich odyssey of human fraility. I also want them to be completely absorbed by the almost painfully beautiful music Handel created for his masterpiece, for this is truly, a masterpiece.

That’s all. Is that too much to ask?

Pierre Strosser, the stage director for this new production of “Ariodante”, has chosen a look of very stark, clean and minimal theater. There is no denying that the music is the star of the show, as it becomes the central character, without question. I am still trying to find my way in all that he has asked of me, (and not asked of me) and will most likely continue to search for the balance I don’t yet feel in all of the six performances, but in a way, that kind challenge is exciting, for you realize that your work is never, ever done. And this is only the first Ariodante, of what I can only hope will be many, many more.

So, here I am, nearly 2 months after finishing my beautiful vacation time this summer, having tackled 2 new and polar-opposite Handelian roles in as many months, basking in the joy of singing his music, with my head still spinning a bit from the enormity of the task, but loving every minute of breathing life into these jubilant roulades and aching, heartbreaking phrases. 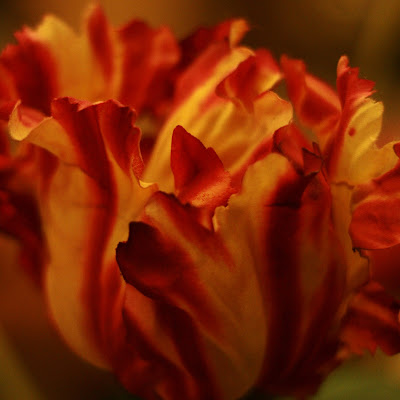 *The “Ariodante” Chess Board