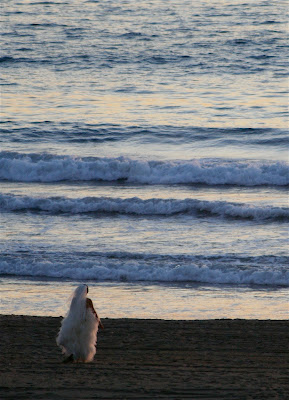 Taken out of context, as we all know, things can carry very different meanings! I just snapped this photo from my window in GLORIOUS Santa Monica, CA, and found it very funny that, framed simply as it is, one could make countless different assumptions. If I had taken the photo in a landscape (vertical) direction, you would have found the bride’s groom and photographer about 20 feet to her right, waiting to finish their photo shoot. However, as it is, I love the possibility for imagining what her story might be.

I think as a singer, imagination is one of the most important tools you can utilize. Being able to imagine a character’s backstory, or the off-stage conversation she may have just had with the baritone, are enormously important to fleshing out any kind of character. (What happened during Fiordiligi and Ferrando’s “walk” just after Gugliemo has seduced Dorabella? What ever did Donna Anna and Don Ottavio speak about before Giovanni burst into their lives? What was Mimi doing just before coming to knock on that creaky door?) The more specific a singer can be in their vision of the character, the more real he or she will be to the audience.

In “Una voce poco fa”, usually no one is on stage with Rosina, and yet, isn’t it feasible that she might want to take a peak into the next room to make SURE Berta isn’t lurking? Wouldn’t that help suggest the “danger” she is surrounded by in that claustrophobic house? That’s something a director most likely would never point out, but if your imagination is activated, you might think about certain details like that – details that help make the scene become multi-dimensional. If you can truly place yourself into this character’s room, your imagination can begin to feed you an infinite number of plausible things to play.

We had a lovely opening for our Barber here in LA. (Thank you to James Taylor and the LA TIMES for giving me such a lovely profile to announce the opening of the production!) 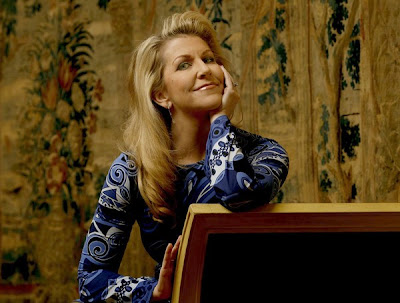 Yes, I’ve now done a number of “Barbers”, but I think it is my willingness to engage my imagination that keeps it feeling fresh and alive to me. This show carries it’s own set of challenges, because the emphasis lies with the visual aspect of “Seville”, incorporating lots of (wonderful!) dancers filling the space and lots of comedic bits that could sit simply on the surface of the show. I found that I had to dig in and rely on my imagination to help me fill in some of the blanks of this production, and in the end, it begins to feel very much alive to me, because of that. Sometimes I wish the directors could help me find those details that I crave, but in the end, if I’ve had to struggle to find them myself, ultimately I suppose they will be more authentic.

**Singers – I encourage you all to really engage your imagination whenever possible! Ask LOADS of questions about the articulation the composer gave you (why a staccato? why a diminuendo here and not a measure later?) If you can supply the subtext to all those various elements, you will be miles ahead in the game!

And while I don’t want to brag, I have to say that being in LA in December does NOT hurt the ol’ psyche at all! The sun is shining, the ocean steady and strong, and my inner child is partaking of the big playground of life here! Yesterday found me roller-skating on the boardwalk, playing beach volleyball with some of my fellow castmates, and finishing with a killer California-style yoga class, where I’m astonished that I can walk at all today!!! (They do NOT mess around with yoga here in sunny CA!) Thanksgiving found me doing cartwheels on the sand – and my inner 12-year old has never been happier! (And for anyone who may be tempted to tell me to be careful on those roller-skates, I promise I’m well padded!) 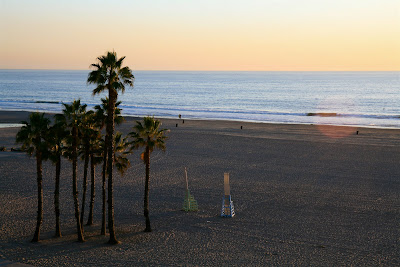 As a final salute to the importance of perspective, I attended a thrilling concert last weekend of the LA PHIL, with the electric Gustavo Dudamel at the helm, performing all California-related works from the last 15 years, including a premiere by John Adams. Meeting Mr. Adams afterwards, he asked me what I was doing in LA, and I simply said, “Ah, Barber over at the Pavillion.” “Barber?” he responded, “Which one – Vanessa?”

See? It’s all a matter of context and perspective, folks. If we can get that, world peace can’t be THAT far behind, can it?

PS — in case anyone has 5 hours to kill tonight (!) Jim Svejda of KUSC 91.5 in LA (the renowned host of the nationally syndicated Record Shelf) will be doing a 5 (!) hour show on yours-truly, including clips from a number of my recordings, interviews, etc. It can be streamed live on their web site. I had a ball speaking with him, as he is an incredible fount of knowledge, but it should give a very interesting insight into the variety of recordings I’ve been so lucky to participate in!!!