Everyone should have the chance to walk across the Brooklyn Bridge one time in his or her life. Having stayed in Manhattan countless times, I’ve never viewed it from that perspective before, and it’s seems to be a completely different island when seen in near sub-zero temperature, wind blowing, with a crescent moon peaking over the skyline. It’s beautiful. Makes me believe all the more in the necessity of looking at things from different angles.

Happily, I’m getting the chance to take another look at a character that I simply love, as complicated as she may be. I had the incredible pleasure of performing Dajanira, the rather tortured wife of Hercules, in a masterpiece of the same name by Handel in Province and Paris just over a year ago. Putting the role away for that time and bringing it back out has taught me an enormous amount, and I find that I can dig even deeper into her journey. I think time may be one of the greatest interpretive tools we have at our disposal. 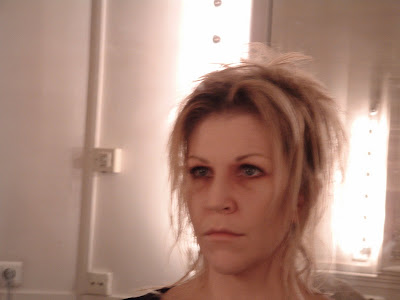 When I first opened the score to this piece, to say that I was a bit overwhelmed would be an understatement. Not only is it an enormous musical undertaking, but also more than that, it is a true challenge to make her a flesh and blood woman, skirting the risk of making her into a mere characture. Dajanira starts the opera in a state of depression, and essentially goes downhill from there. The beauty of having 6 weeks of rehearsal on a piece like this is that I really had the time to flesh out what is hopefully a genuine arc of emotional truth, so that when she ends up at the mad scene in the 3rd act, it’s true, and it is inevitable. I think the key is to keep finding the humanity in the music (which Handel delivers in spades every time), and believe in her journey every step of the way. The time between performances has given me even more chance to find her depth and to tell her story a bit more strongly with each performance.

This is what I hope, anyway! The other wonderful benefit of coming back to a production is reuniting with your colleagues! One of the most difficult adjustments I first had in this career was the experience leaving a close group of friends when the show came to an end. You see, in this business of intensive rehearsals, emotional performances, and exploration, you can form very close bonds with your colleagues; and yet at the end, you simply say goodbye and everyone goes back to their daily lives in the next city. At first I used to question whether these quick and concentrated friendships where actually genuine. Then, after a few years’ learning curve, I’ve learned that in fact they ARE real, they are genuine, but they are definitely unconventional. This cast came back together after a year’s break, and it’s as if no time has passed. For example, there is the brilliant and dashing bass baritone, Simon Kirkbride*, singing our Priest of Jupiter, who insists on calling me a ‘mezzo-buffo’; that aside, it’s still lovely to work with him again and a pure musical delight to hear his mad scene in the 4th act. (wink!)

Anyone who has had the chance to experience a Les Arts Florissants performance live will understand what I’m about to explain, but it truly is an incredible event to behold. I don’t know that I’ve ever felt an orchestra’s commitment to the drama as palpably as I do with this group. It feels as if every single player is living the drama with us onstage, and that makes all the difference in the world to those of us ‘living out’ the roles. The same must be said for the chorus, which inhabits a very difficult ‘role’ in this piece: each singer invests so much of themselves into their winding fugues and tricky harmonies making the chorus an absolutely vital and integral part of the drama. 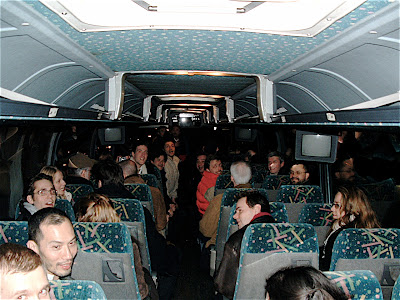 Honestly, this is one of those experiences where I can only pinch myself. It was always a dream of mine to be able to make music in one way or another in my life. And while in all honesty I never believed I would have a biography that reads as it does, to be given the chance to do a role such as this, by a composer I love more by the day, with a group and cast that make music with such commitment, excellence and integrity? It is one of the greatest privileges I can possibly imagine.

I’m not one to do too much self-promotion (although since you’re reading this on my website, that may seem a bit ironic), BUT that aside, I will say that if you are at all inclined to indulge in Handel the least bit, and if this piece is unknown to you, I HIGHLY recommend that you go out on a limb and either get to Brooklyn very quickly, (or to the Barbican next month) OR find our newly released DVD to watch at your leisure. I don’t know that all opera works well on video, as sometimes you miss the larger scope of the production, but I have to say that genuinely I think this one works masterfully, (perhaps even slightly better than on the stage?), because it is intensely subtle and intimate. To my thinking it is one of Handel’s least known and yet greatest masterpieces.

(Photos: Getting into makeup for the mad scene; Les Arts Florissants on their homey tour bus after the performance — BRAVI!)