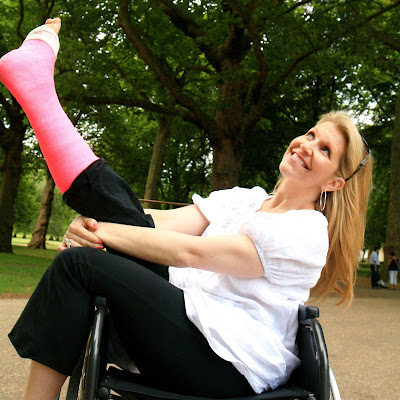 I don’t know that I’ve ever felt quite as much relief for a show closing as I did with the finish of this most memorable and unbelievably special “Barbiere” in London last week. I truly have never experienced anything quite like it, and now that I’ve had some time to reflect on all that happened, the exhaustion has indeed set in!! I’ve taken this past week to rest up, regroup and rest! (Did I mention that I’ve been resting?) I had no idea how many different muscles (upper back/shoulders) would be involved in singing from a wheelchair, as I was left feeling as if I had run a marathon after each show. But sore muscles aside, it was one helluva ride!!!

Let me be clear: without question it is a ride I hope never, ever to repeat – hence my game plan to dive full-force into physical therapy and resume my yoga regime enthusiastically as soon as I possibly can. (Although I have found that there are a number of yoga postures I can actually accomplish with a bit of imagination!) But having said that, it is an experience I wouldn’t trade for anything in the world: it has only confirmed in my heart and soul how important the experience of theater can be (both for performer and audience member) and how necessary it is in our lives.

From a personal standpoint, if you had told me one month ago that I would have this particular challenge ahead, I would never have thought that I could do it. And yet, when the challenge confronted me, in a split-second (that damned split-second!), there was no question for me whether to continue or not. Perhaps it’s the Midwesterner in me that simply knew I had a job to do, so I said to myself “shut up and just do whatever you have to do to get the job done, already!” To me, that wasn’t heroic – it was simply me doing the job I was hired to do. But you throw into the mix the support of so many people – the amazing staff of the Royal Opera House who treated me to the very best of care, the astonishing cast who didn’t blink a single eye in rearranging the show to accommodate a Rosina on Wheels, the brazilliant fans who supported me with such gusto and VERVE welcoming me with open arms for each performance, my tireless friends who helped to keep my morale so very high, and not at all the least, my heroic husband who kept me laughing non-stop through this all, literally carrying me through this – and all of a sudden I could do things I never thought possible. 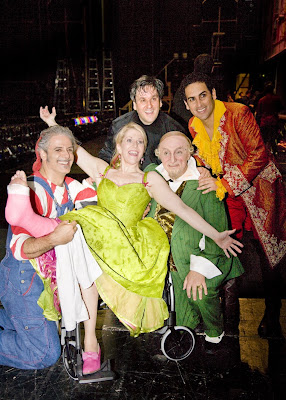 (My exceptional cast who truly helped carry me through each show)

Perhaps I shouldn’t admit this, but it’s the simple truth: aside from the pain and inconvenience, I had a real ball with this. The first night that I entered into the stage on wheels, I had NO idea of what to expect, of how to play it, or how it would turn out – the truth is, none of us did. That very first night every single, solitary thing was improvised by the entire cast. (I think that was only possible because #1 – we had rehearsed this show impeccably exploring all the individual intentions and interactions profoundly, #2 – this is a cast who knows this show inside and out, and #3 – every single member of the cast is a stage animal with real theatrical instincts, so we could actually continue to tell the story of these characters, even while completely making things up on the spot.) After the throw of my first dart at the start of “Una voce poco fa”, I felt immediately that the audience was going to be with me, and that somehow, this was going to work.

From that moment on, I grew in confidence and made the decision that there was no point in trying to hide the fact that Rosina was on wheels – I simply had to run with it, so to speak. And within the very first phrases of that famous aria, I felt IMMEDIATELY how trapped Rosina actually is. It had never been quite so literal before, but I used that and felt it and played it, and in the end, I fell in love with this particular version! (But let me be clear – I never EVER need to repeat it!!) The overwhelming sense of independence I felt in wheeling myself around, the deep sense of frustration of being trapped and unable to join in the games on stage, and the immense sense of freedom I had as I pulled myself onto the stage in the final moments of the opera, all contributed to making this girl come very much alive to me, and I hope to always carry her around with me.

From a very technical standpoint, once the run carried on, I began to observe how I was singing differently. Yes, I had to pay attention to my support in a different way since I was seated for the entire show, but I realized that because I could rely less on my physical body to “act” for me, I had to resort more and more to simply the voice. Back in my AVA days in Philadelphia, we had a brilliant monster of a Maestro who tormented us with unmatchable expectations and demands. (He worked with Serafin in the “good ol’ days” of bel canto with Callas, etc. HA! As if there is an “etc” with Callas! Did I really write “Callas, etc”?!?!) BUT, he would spend literally HOURS on a single page of recitative until we got all the myriad colors to literally burst off the page. “ACT WITH YOUR VOICE NOT WITH YOUR HANDS!!!” It was exhausting, demoralizing work, (“Can’t I do ONE phrase right? WHAT MORE DOES HE WANT FROM ME? BLOOD!?!?!?”), and yet in the end, to this day, I can hear his voice in my head as I prepare those recits, and I drew on that voice while in my chair to concentrate even further my “vocal acting” to bring this character to life.

That freedom of acting with the voice is of paramount importance to me and one of the million reasons of why I love what I do. But I also have to say, in the interest of full disclosure, I REVELED in the opportunity to find ways to “act” with my trusty chair and with my enforced confinement. “How to give adolescent attitude with one push of the wheel?” “How to show astonishment with only the pivot of a wheel?” “Normally I should fall to the floor at this point in utter shock, so how I can I accomplish that in this chair?” I loved solving those problems and found that indeed I had a full range of possibilities to play with – and that kind of challenge is something that really gets my blood pumping! 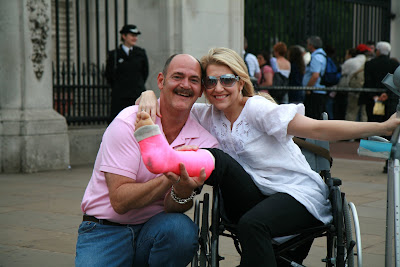 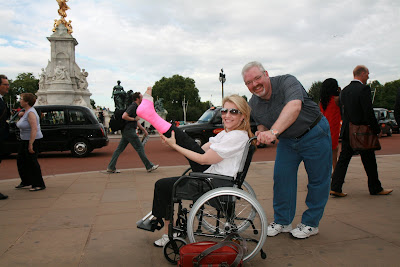 (With my dear friends, Bill & Kevin, who happily took the cast out for a day of sightseeing!)

So in an odd way I will miss my “Rosina on Wheels” and return to “Rosina in Heels” soon enough (although they will likely be modified heels to start with!). But the lessons I’ve learned from this experience will hopefully fuel all of my performances, and the utter kindness of people has put a permanent smile on my face. How FABULOUS to be a part of a “good news story” in these particular days of news of the other sort.

For now, I’ve been soaking up the lovely weather here in Aix-en-Provence (even if I’m a bit sick that I can’t get out and go hiking or swimming or do a major photo excursion here, but perhaps it’s just as well I’m simply resting up.). I’m ready to revisit this amazing journey of “Furore” once again here in the place where Dajanira was born for me 5 years ago – how lovely to return to this spot and bring her journey with me full circle. And then what I expect to be an amazing road trip through Austria (my first!) to debut in Salzburg, which is beyond a dream come true for me. Whether I’ll be seated or standing on my one good leg, I don’t yet know – I need to see how I feel on the day, try some various positions in rehearsal and play it a bit by ear (something I’ve gotten quite good at!) But I can tell you it is far easier to sing sitting down than to sing on only one leg – I haven’t found way to locate the support I need in that way just yet – most especially for this challenging concert. I’m still not allowed to put any weight on my delicate right fibula, but I’ll get there!! 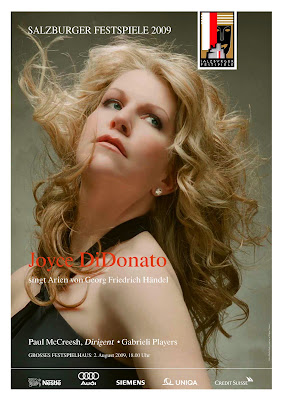 Finally, I want to simply thank each and every one of you for your support – whether in applause, in writing, with flowers or cards – it has touched me deeply. It doesn’t escape me how fortunate I am to have had such an active flood of support – goodness knows there are countless people that face difficulties and don’t have this kind of outpouring – so I consider myself beyond blessed. Your words have meant so very much to me, and in the end, it is quite true that you are the reason I sing. Thank you.