Tonight, I took my final bow as Donna Elvira in the Royal Opera’s Don Giovanni season opener. The relief I felt in closing this particular chapter was palpable as was my enjoyment of this 5th performance: the recits start to crackle a bit more, I could play with the pacing a bit more, and I started to feel her even a bit more “in my bones” – but I’ve also survived nearly 3 weeks of perhaps the most intensive professional period of my career: new role, recital, cinema broadcast, interviews galore, master class and continual preparation of yet more new music! I do love it, but I also feel that it has been a hell of a period.

But as I took that bow tonight, none of this was really on my mind. What was swirling through the mental cacophony, mixing with that lovely British applause, was the realization that I was participating in a legendary performance. It is entirely possible that tonight was Sir Charles Mackerras’s final performance of Don Giovanni. It’s not a given, but it’s a likelihood, for at 83, he may have other fish to fry, rather than another Giovanni for the Royal Opera. After leading a dynamic, detail-filled performance, he shuffled quietly onto the stage, and I was immediately aware that I was in the presence of a true legend – of someone truly deserving of accolades, applause and genuine respect. I feel so privileged and honored to have discovered this lady with his help, and to have been under the influence of his baton-less gestures and those effusive, joy-filled eyes. It was legendary, and a true gift for me. 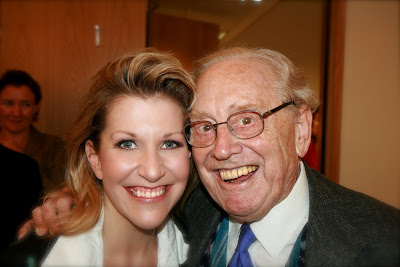 Dinner was a must, after toasting all the cast and crew in the dressing rooms, and most of us made our way to a local establishment to toast each other, and relish the wonderful experience of sharing the stage together. Although our Donna Anna was missing, with Simon, Miah, Robert and Kyle, I was in the best of hands both in the opera and around the dinner table. 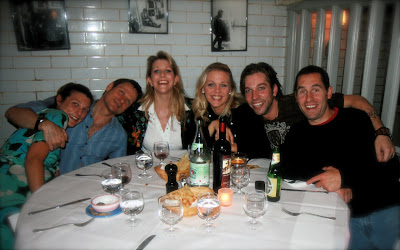 There is obviously much more to relate of these past chaotic, rewarding weeks, and I’ll try my best to get more up and posted, but I have been rather busy, to say the least, during this time in London. A few days rest, and then a new exploration of Chausson in Kansas City are calling me.

In the meantime, reality sets in, time moves forward, and the next project eagerly awaits: thanks to my good friend Renato (grazie, caro!) I just received the following link in my mailbox…I guess this means it’s really happening! I couldn’t wait to share it, so please enjoy the sneak peak of “Furore”, courtesy of emiclassics…

(FYI, the planned release dates are planned as follows: October for the UK, November for most of Europe, and January for the US….stay tuned for more details!)