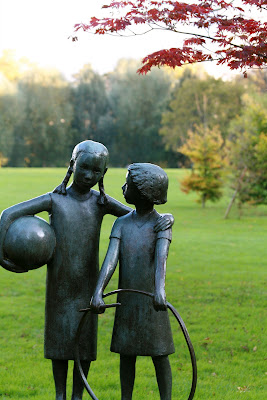 It’s a good thing I welcome multi-tasking. Surely it’s a trait I acquired from my Mom, who somehow was able to manage the rigors of a family of nine, (the laundry, the school lunches, the Brownie meetings, the grocery shopping alone!), and still manage to get her lipstick on for the evening’s cocktail hour with her husband: the standard was a whiskey sour, but if she was lucky it would be an “Old-fashioned”, with all the cubed bits of citrus crushed methodically by my Dad under the watchful supervision of his nosy 7-year old daughter.

My tasks fall into very different categories than hers did (although I still do like the occasional peanut butter sandwich, which often takes me back to the days of hoping dreamy Eric would come sit by me in the school cafeteria!), but the skill of managing the various facets of my life surely is due in large part to her expertise. I welcome this chaos, because the possibility of boredom simply doesn’t exist.

Currently I’m in the trenches of rehearsing another new role, and you guessed it, it’s real doozy. Just when I think I’ve discovered so much about Handel’s genius and depth and BRILLIANCE, he goes and throws in a little “Ariodante”. I’m tempted to don my sarcastic muscles and say, “No, seriously: ANOTHER heartbreaking, dissolve-me-to-blubbering-pieces, RIDICULOUSLY gorgeous aria from the cosmos?” I mean, sincerely, WHERE did this music come from? I’ve sung “Dopo notte” and “Scherza infida” a few times, and so those weren’t real surprises to me (although they ARE, because to put them in the context of the entire opera brings an entirely different dimension to them.) “Con l’ali di costanza” is a constant surprise in the astounding technical demands it requires of the singer – but that’s still a work in progress, and probably will remain so until long after closing night!

The real shocker for me? The one which in the early stages I would just sort of gloss over and think, “well, it’s no ‘Scherza infida’, but Handel had to put something here, right?”: “Cieca notte.” We staged it yesterday, and it was as if a ton of “duh!” bricks fell on my head and slapped me upside it at the same time! The impression I have in the beginning stages of this piece (we still have 3.5 weeks to go, mind you) is that during “Tu, preparati a morire”, in which Ariodante vigorously defends his love’s honor, an odious poison begins to enter his veins – the poison of doubt and mistrust. He all too readily accepts Ginevra’s apparent betrayal, which launches him into the famous paragon of arias, “Scherza infida”. The poison now engulfs him, and in utter despair, he goes to end his life. 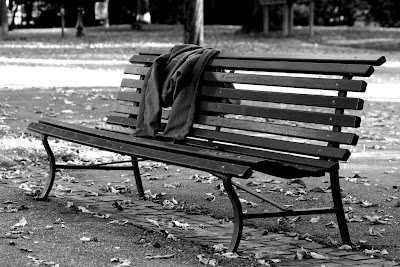 But this IS baroque opera, after all, and nothing is ever that simple — that darn fate mercifully intervenes to keep him from dying, and consequently provide more music making opportunities. But herein lay the surprise for me, for in my quick dismissal of the next scene, I completely overlooked the necessary psychological conclusion of this wrenching poison. (OK, I’ll be honest – in my preparation, by the time I turned the page on the 3rd act, most of my energy was being poured into the famous tune to follow, “Dopo notte!” Bad singer, I know!) So what did I uncover? With the crushing discovery that, in fact, Ginevra did not betray him, but instead he was the one who failed in his devotion and trust in her, the tragedy is actually far worse. Earlier he sings of her betrayal, of how he goes to die while the fault lies completely at her feet; instead, he now sees that HE is the one who has destroyed their bond. The anguish penetrates far deeper with this realization – and hence, Handel gives us a crushing, jagged “Cieca notte” for Ariodante to make this realization and collapse in shame and agony.

Luckily, he is the hero, so surely he will accept the responsibility and make everything better so we can have a cheerful, unifying chorus at the end, right? We haven’t staged that part yet, so we must wait to see what happens…

This particular rehearsal process fascinates me, because the director has a very different method of working; aside from conversing in French, which is a small, but certainly surmountable hurdle, his language of theater and movement provides the bigger learning curve for me. My first instincts are never the reactions or impetus he is looking for, so I am relegated to a LOT of stripping of gesture and impulse (and I don’t generally think of myself as being overly-dependent on operatic ‘gesture’). The key element here is that while I may not initially understand what he is asking for, I do trust him – and without trust, we singers are flailing around naked on that cavernous stage — we must have faith in what our directors are asking of us, else all coherence is lost. (Yes, this trust is rare, but that’s a rather old story by now.) So this faith in Pierre is enabling me to take risks, and see where it leads. Finally, with our 3rd week of work I’m beginning to understand this language, and the challenge definitely intrigues me.

The juggling: while deep into the preparations for this role debut, I’m also performing a recital this weekend, working on new concert rep for the week after we close here, planning recital programs by sifting through piles of music, juggling the preparation of other new projects, trying to keep all the little black notes separate, all the while avoiding the pages of any calendar or scribbling of the date, for it reminds me there are still far too many days until I see my husband again. I plunged into the 21st Century with gusto this past weekend as I took a voice lesson with my teacher, Steve Smith, via SKYPE, the most brilliant invention ever for those of us that travel! It was a very needed lesson, as I can feel that there are some issues that need to be addressed, and via webcam he was able to see my problems in all their glory! This use of technology is a brilliant find.

Being a bit run down, it’s hard to know whether to rest your voice, or vocalize attentively and work the new repertoire into your body. (It’s that horrible singer psychology of: “I think I need to rest, but if I don’t figure this out, I won’t get it in time.”) I’m in a bit of a quandry over it for the moment, but I’m certain that I’ll find my way through it. My decision yesterday was to take the afternoon off and dive into the pleasure of my new photography hobby, enjoying a stunningly beautiful day here in Geneva. I finally snapped a photo of my favorite billboard ad I see on the walk to work each morning: 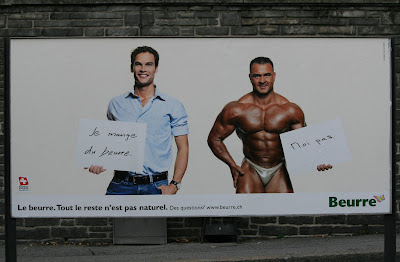 On a side note, I definitely want to thank Alex Ross, not only for his mention of this blog in the latest issue of the New Yorker, but much more importantly for his upbeat and critical assessment of the state of classical music and it’s true potential in our modern age. It’s such an exciting time to be making music – scary, yes, for I think there are a number of questions about where we will actually end up, but this is a subject for another day. Meanwhile, I’ve got notes to juggle: while I may not be able to boast of tossing 5 rings of fire in the air simultaneously while standing on one foot, or juggling endless loads of laundry with the creation 7 peanut butter sandwiches (some with jelly, some without), my brain does seem to be attempting a similar ‘virtual’ feat these days, so “thanks, Mom” for the example!

Photos:
*Statue from Parc de Bertrand, just around the block from where I’m staying
*Park bench from Parc des Bastiens, in front of the Opera House
*Billboard ad, Avenue de Champel, and various other stratgic places in Switzerland, I imagine