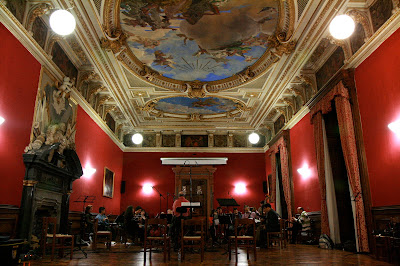 I’m exhausted. Spent. And oh yes, does it feel GOOD! Today was a rather brutal day in terms of recording: 3 arias were planned, and that’s a lot for a single day, believe it or not. What results in 7 minutes of music on a disc likely takes 90 minutes of full-on singing to complete the picture. Normally we will invest in one full take of the piece, listen to the results (debating tempi, colors, ensemble, dynamics, etc), and then the real work begins, usually attacking one segment at a time, involving numerous repeats until the ideal result of musical perfection and high emotional impact show themselves in perfect unison! That’s not a lot to ask, is it??? We’re only trying to get perfect intonation from every single orchestra member, as well as from the singer, perfect unison between all the musicians – at the same time! – and on top of all the technical aspects, we’re trying to create ART! Trying to find a genuine emotion that will transmit over loud speakers or headphones that actually MOVES the listener without the aid of costumes or theatrics is a very high challenge. We need to ignite your imagination so that you can enter into our story and travel along an emotional journey. And we get about 90 minutes to make that magic happen!

As I wrote yesterday, it truly is more of a sprint than a marathon, although after 90 minutes of “Scherza infida-ing”, I certainly feel as if I’ve run a marathon!!

This is Ariodante’s entrance arietta, and introduces us into a tranquil, simple place where a certain utopia seems to be on hand. Happily, it endures all of Act 1, until chaos naturally ensues as the curtain rises on Act 2. The trick, I think, is to honor his “larghetto” marking (which is always up for debate – too much “largo” and it drags, to much “ghetto” and it doesn’t quite feel languid or romantic enough!) But I think the key comes in the decision to not give into the melancholy of the poetry (“the rivers are speaking the language of love…”), and to concentrate on a fresh quality that is still somehow vibrant and alive – not too self-indulgent. (Which, by the way is very hard for me to avoid – I LOVE indulging a great larghetto!) But after the drama of recording some of the later arias, it was wonderful to come back to the beginning – the calm before the storm, so to speak – and get Ariodante’s footing firmly on the ground as he begins his journey. The surer his standing is, the farther the fall – and isn’t that what we come to the theater for? 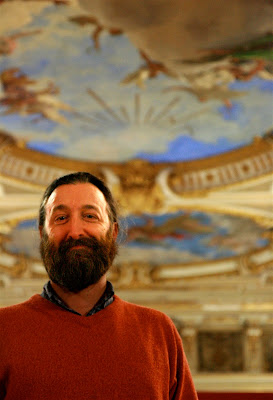 (On hand at the cembalo, once again, is the brilliant-as-ever Andrea Perugi. He has been on all my recordings with Alan Curtis, and due to his fine Tuscan background, is the go-to-guy for all things Italian. He points out when my “o’s” are too closed, or “i’s” not closed enough. He also has the greatest face on the planet. It always seems to emit a bit of sunshine, so even here in foggy Lunigo, he is a breath of fresh air.)

Ah. The monster. The monument. The untouchable! This aria has such a hallowed air about it, that it falls into the category for me of “white glove treatment ONLY!” Don’t dare take it down off the shelf unless you’re wearing white gloves and close all the curtains! It’s one of THOSE arias! And yet, I somehow have to roll up my sleeves and make it my own. I have to dare to sing those famous phrases and find a way to make it mine. I had the luxury of recording the aria on its own for my “Furore” disc, and that was one experience. This is another – another conductor, another band, another venue, and certainly I am a different kind of artist, with nearly 2 years having passed since I last recorded it. I was curious to see how it might have morphed along the way.

Well, I hesitate to divulge too much, and certainly, MY experience of what I put into the recording will be very different from the listener’s experience of hearing it. But I can say that I felt quite a lot more “raw” this time, perhaps (dare I say!) a bit more violent with the utterances of disdain and indignation and threat towards Ginevra. I suppose having recorded nearly the whole opera now, the poison I felt creeping in during “Tu, preparati a morire” certainly bore a different kind of fruit in this rendition. Ariodante has just been primed by Polinesso to be jealous and agitated, and all it took was a tiny, brief glimpse of a veiled figure in the dark for him to assume that Ginevra has been unfaithful. Could it be possible that without Polinesso’s influence, seeing the same thing, Ariodante could have laughed it off, knowing for certain Ginevra would never betray him? Did it really only take a small bit of sly insinuation? And yet, when he crosses the line, he crosses completely.

Being so immersed in the role in these days, I wasn’t too seduced by the beauty of the aria (oh, how Handel tears my heart out with his beauty!), but I stayed deep in the text, trying diligently not to give into self-pity, and instead looking to heave the guilt onto Ginevra. The text is relentless in its condemnation of her, and I tried to stay with that more than I had done previously. I think, also, that Alan hears the orchestra as quite mocking and derisive, and not necessarily always beautiful. I found it very interesting to get into the mindset that Ariodante’s pain is so very great in this moment, that he can’t dare to let himself FEEL it too much – instead he needs to transfer it all onto the one he loved most in the world. He simply cannot bare to carry the burden himself.

Which makes the realization that he was completely wrong all the more tragic, bringing us to:

I might have mentioned that I find this to be the most important of Ariodante’s arias. Now granted, when recording any one of them, I actually feel the same way – how could the opera exist without every single note of his??? But I do think this is the pinnacle of the opera for him, even if most people believe it peaks with “Scherza Infida,” for understandable reasons. But this is actually the REAL challenge of Ariodante as a man: he finds out he completely misjudged Ginevra, and in fact betrayed HER with his quick, eager assumption. All of a sudden, all that relentless, wicked vengeance he directed at her is suddenly turned onto himself.

Again, Handel gives us jagged angles in the music – dotted rhythms, leaping intervals, and a dark, troubled color with both bassoons adding into the orchestral mix. Ariodante begins by blaming the “blind night”, and the evil friend and traitor who set him up. It seems the entire A and B sections find him trying desperately to displace the blame – anywhere but on himself. But then, at least in my personal subtext, even though the text repeats, I think Ariodante starts to accept the blame himself. I see that HE, in fact – not the night, but he, himself, betrayed this “gran fe” (“great faith”). I think the only reason he can pick himself up and return to his people, is because he is not afraid to take the blame. He is not afraid to answer for his actions.

That assumption of responsibility is truly what makes Ariodante a hero – not his title, not his showy arias, but the fact that he drags himself back to life and faces the woman he loves, admitting his failing.

I tried to find that realization in the da capo, keeping all the mixture of emotion and exhaustion that overcomes him. But each time I come to that aria, I’m convinced it’s a masterpiece, and it defines the character of Ariodante so completely. Ah, they ALL are! Who am I kidding????

**Let me also throw in one rather LARGE disclaimer at this point. I’m happy to share my personal approach and experience with this recording, HOWEVER, it must be said that even if I FEEL all these things and AIM to translate them onto disc, I may fail miserably!! I can imagine someone purchasing this disc (and 10 more as Christmas presents – hint, hint!), and then stumbling onto the blog and thinking, “That’s not at ALL what comes across in this aria! Was she on drugs???” Perhaps one of the greatest surprises to fans out there might be to find out that what we as singers often BELIEVE we are communicating, often arrives to you, the listener, as something completely different. (Just try recording your outgoing voicemail message, and you’ll see what I’m talking about: what you THINK you sound like and how you MEANT to say it, often are miles apart from the result you actually hear!) So, I just wish to release myself from any and all responsibility for your listening experience of this opera when it arrives on your shelf at home! I’m simply sharing my observations – what arrives, is out of my control!

Ah, there! Now I can relax! 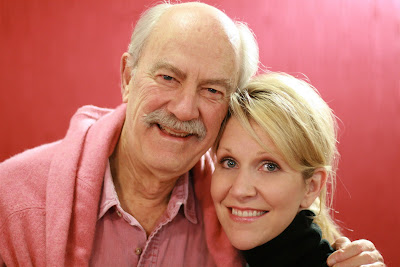 The wonderful part of this experience, in addition to the mystical music, is getting to create such art with magnificent people. Alan Curtis has devoted his life to the research and proliferation of Handel’s music, and the legacy he is leaving behind is mind blowing.

(Ah, as another side note – he found ornaments for “Scherza infida” that were most likely written either BY Handel himself, or by a singer who worked with him extensively. I’ve implemented a few – including a rather unusual cadenza – but both Alan and I thought it would be interesting to include what perhaps might be the most authentic of variations. In truth, they are actually quite shocking to what a modern ear has become accustomed. I imagine it won’t be to everyone’s taste, but I do think it will be most interesting!)

So there is Alan, and there is his wonderful band of players, all who play simply for the joy of making music – certainly not for the big paycheck! So it feels as if we are a part of something very special here. Anyone who bemoans that there aren’t any studio recordings of operas being made simply need to google Alan Curtis! I’ve lost track of how many he has contributed to the universe. Handel has certainly never enjoyed such a plethora of devotion!

Happily I have the morning off, and I plan on reveling in the extra hour or two of sleep it will bring. I’ll need it, as we have saved the most difficult aria of all (technically speaking – not emotionally speaking!) for the last day, and it greets me tomorrow evening after a slew of dramatic recitatives in the afternoon. So many notes lay ahead for me tomorrow, I dutifully close my computer and call it a night.