To encounter a person who possesses the gift of clarity is a beautiful thing. A simple, lucid, clear vision surely can generate greatness. I encountered such greatness recently – in ridiculous abundance, in fact – and what a humbling, awe-inspiring thing it was!

I had been asked to present the great Russian mezzo, Olga Borodina, with one of five “Opera News Awards” given out this year by the magazine, affectionately referred to by the brilliant host, Ms. Susan Graham, as “like porn” for us nerdy opera lovers – anyone with an appetite for opera who lived outside of a major city can surely understand her perfect metaphor. It was a thrilling evening to be a part of, for so many great, legendary people were in attendance, and the room crackled with excitement as even today’s biggest stars were wonderstruck by the presence of those legends. 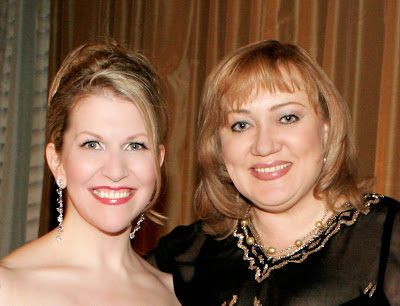 Stephanie Blythe, the first recipient of the evening and rightfully introduced by Jack O’Brien as a “force of nature”, radiated humility and integrity with each syllable uttered as she thanked the Opera Guild. I have long been a huge fan of this incredible lady, for she has held a clear vision for herself from day one of the kind of performer and artist she aspires to be, never wavering in her commitment, simply incapable of insincerity. What an inspiration she is to up and coming singers, and to her peers (me!), for she is truly a unique legend in the making. Clarity, you see?

The next recipient was Olga, and as I introduced her, listing off her myriad accomplishments, it struck me what an incredible story she tells. 20 years ago, the chances of her attending an evening like this as an honoree would have been much slimmer, to say the least: think of the Russian repertoire that has now become nearly mainstream because of the shift in political dealings; think of how fortunate American audiences are to have heard her gorgeous accounts of Eboli and Pauline and Carmen; think of the dedication it takes to be a stranger in a foreign land, competing with established norms, and still make the life you want for yourself. Clarity.

Thomas Hampson began his thank you speech by apologizing, something along the lines of: “I realize that over the years I have seduced, molested, threatened, condemned, cheated on and even murdered many of you seated in this room – all in a days work, you see!” It brought into focus what a small community this opera family is, and how understanding we can be of the complex nature of humanity. It was inspiring to hear him speak of the “profession” that we are all in – choosing that word very carefully, begging us to keep the word ‘business’ from creeping in to describe our craft. He certainly is unambiguous on why he sings, the importance of music in our culture and how he wants to go about leaving a discernible legacy for future generations. Another deserving winner – another dose of clarity.

As Sherrill Milnes introduced Julius Rudel, his admiration and regard for the Maestro was a thing to behold. He was introducing a man who fled his homeland before the destruction of WWII was fully realized, arriving in America with $17 in his pocket. Watching the now 80-something conductor take to the stage to accept his award carried quite an emotional impact, knowing all he had endured to arrive at this very moment, celebrating what must have felt like an impossibility those many decades ago. A walking example of clear, determined vision and, again, clarity.

The final presenter to take to the stage, quite frankly, rendered me utterly speechless: Van Cliburn entered the room and I do declare I got a bit woozy. I was seated at a table at the very foot of the stage, just feet from his towering presence, and it took a good minute for me to realize I was in a daze, probably with my mouth gaping open, focused only on his endlessly long, miraculous fingers – (how many silver, fleeting notes have sailed effortlessly from those fingertips?) – which clung to the podium with both apparent ease and a seeming twinge of discomfort. His opening remarks related how jealous he was of ‘us’ – the singers – for not only did he always wish he could have been a singer (good thing for the world he stayed with that other instrument!), but he admitted to a great jealousy of us, for we are part of a “real family” – and his was always a solitary career. That admission blew my mind – for I foolishly assumed that for people of such greatness, the adage “the grass is always greener” simply COULDN’T hold true, could it? How lovely to rediscover that humanity is such a unifying element of us all, regardless of rank or position. 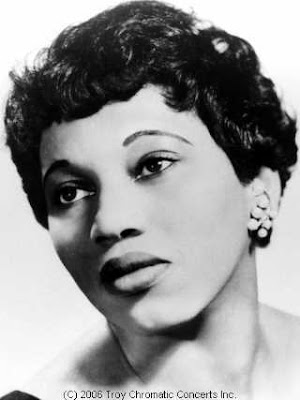 He spoke of first meeting Ms. Leontyne Price in 1951 while they were both attending The Julliard School of Music. Did the heavens quake, just a quiver, on that first handshake? Did the stars shiver the tiniest bit when they met over coffee and compared notes? Did either of them sense the profound greatness in the other? Was there a flash in their eyes that foreshadowed all they would accomplish and change? Perhaps. But what came across to me in that hotel ballroom was that a simple boy from Shreveport, Louisiana, and a simple girl from Laurel, Mississippi changed the world.

He spoke at length about their early days (sharing the same debut date in NY – he at a matinee, she in the evening, “tearing the roof off the place”), of her elegance and composure, and of her patriotism. He looked around the room at all of us in our duds and bangles, coiffed and well-fed, and he said, (I paraphrase his eloquent words)

“This is the glory of America: only in American can folks from Roswell (Susan Graham), Spokane (Thomas Hampson), Kansas (yours truly), a refugee from Vienna (Maestro Rudel), East Texas (himself) and rural Mississippi (La Price) rise up and lead the world of Classical Music, and Leontyne knew that. She knew that in this great country, she could live her dream.”

And live it she did.

Every single person who strives to “make it” as a classical musician encounters enormous obstacles and barriers on the way to realizing their dream – each in different proportion, and to varying degrees – you cannot arrive at the top level without encountering enormous hardship. But even knowing that, I can’t begin to fathom the obstacles Ms. Price must have endured. What fortitude, endurance and CLARITY she must possess to have continued forging ahead on the journey of what she knew she was meant to do. But instead of focusing on all that she was up against in this country during the pre-civil rights era, not to mention during, and seeing only the boundaries enclosed around her, she chooses to see this as a great country of possibility and dreams come true. That, my friends, is pure inspiration and beautiful, perfect clarity.

If I look to apply some of this to my path, it becomes so obvious to me that the moments when things are flowing in an easy, good way, I’m incredibly clear on what I want. When I begin to get sidetracked by things out of my control, that is when the difficulties rise up. I count myself fortunate to the “nth” degree to be in the presence of a spirit like Ms. Price that quickly puts into check all the noise and confusion. What a beautiful evening and experience. (Oh, and I can officially say that I have heard the great Price sing live, now: as part of her brief acceptance speech, she launched into the most haunting, shattering rendition of “Homing” which she said she had learned back at Oak Park School. It was incredibly moving (complete with what must have been a high b-flat, which she diminuendoed!), but I haven’t had luck finding the lyrics anywhere. If anyone happens to know the song, I’d love to see the lyrics.) 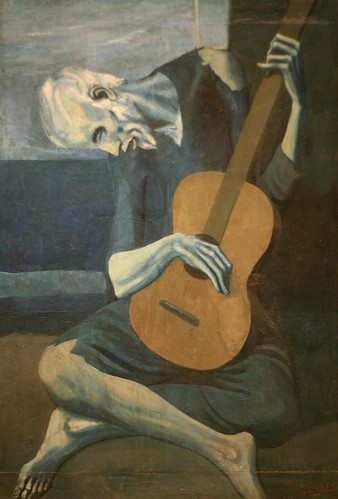 Upon my arrival here in Chicago, one of the first things I did was run to the Art Institute. (Last time I saw it was when my high school prom date took me to Chicago for the day, before our prom dance that evening – that was a fun date!) It was one of those surreal evenings when you turn the corner, and there is “THAT” painting! I can’t wait to go back. With each painting that captured my attention and stole a bit of my breath, I couldn’t help but notice that through all the brushstrokes those Impressionists employed, or the cubes put to use by Picasso, they had a CLEAR VISION of what they wished to reveal.

P.S. See for yourself: