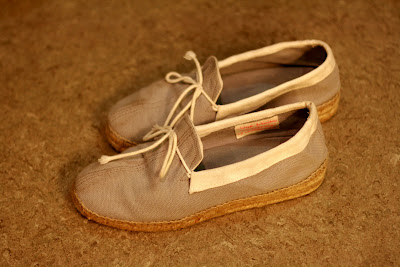 Again, I’m grateful for comfortable shoes! Poor Cenerentola might have to go around in rags, but I guarantee you she doesn’t have aching feet! It’s actually also a bonus since this is quite a physical show for me, and it makes my chances for wiping out a bit smaller! It’s true that I’m quite accident prone, and after many a spill on the stage (oddly enough, usually in the role of Rosina – she’s given me 5 different ankle injuries!), I’m always keen to avoid those accidental falls witnessed by thousands of on-lookers!

I was all the more relieved to finish last night’s show on my feet – it was a live broadcast on Spanish National Television (and also taped for future DVD release!) I love these kinds of live broadcasts, especially when they’re a video feed as well, because the level of adrenalin surges (who needs those “Happy Pills” when we’ve got it in abundance naturally!), and the demand for concentration inches up, which I think gives a better overall performance for the people in the audience: everyone seems to win. I do love knowing there is a camera zooming in to capture our every expression, because the second I drop concentration, or committment, or honesty, it reads like a flashing neon light in the desert. It just makes me a better performer. Of course, it’s also a tough mental game, because it’s tempting to start singing with the single aim of ‘perfection’ instead of ‘expression’, and that’s a thing I continue to learn . (I suppose it’s a true predicament for all performances, but knowing that it is captured for eternity can add a certain degree of pressure.) Luckily, I’m getting more opportunities to participate in these kinds of broadcasts, so it’s a skill I think I’m acquiring more with each event, but it absolutely requires a strong hold over your self-monitoring side, for if that little critical voice takes over, you’re doomed!

Overall I thought it was a good performance (naturally with a gazillion things I’d like to do better), but it felt spontaneous and expressive, with each cast member ‘on’, and the audience again seemed to really enjoy themselves.