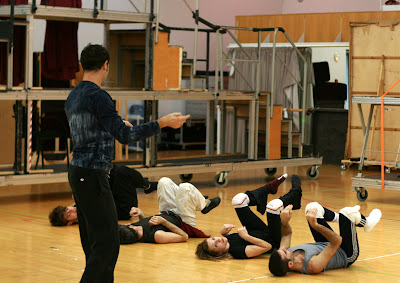 I’m definitely grateful to be back in rehearsal for a role that I know inside and out, and in a production that I not only know, but really adore; it’s surrounded by a team of enthusiastic, imaginative, life-affirming people who truly enjoy their work, and that makes it a joy to come to the theater each day.

In what will surely become a theme over the next few weeks, I’m also incredibly happy to be in the city of Barcelona! What an amazing city! I was here nearly 2 years ago for 2 quick concerts (my debut and likely retirement of the role “Fenena” in Verdi’s Nabucco. I still remember the ovation that rained down on Maria Guleghina and Leo Nucci from the palchi after those performances, as the Liceu crowd immediately introduced itself to me as comprised of truly passionate music lovers. Singing here, I expect, will be a unique thrill. But the fever and pulse of this city hooked me, and I’ve been counting down the days until I could come back and explore it fully! So far, it has not disappointed: 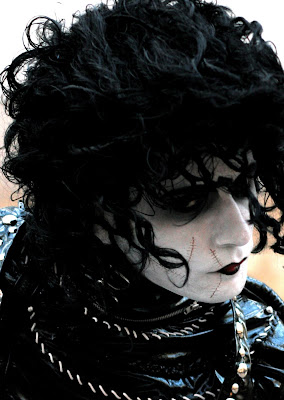 Getting settled into a routine again feels very good. Since the final days of performing in Geneva, it has been non-stop for me. My time in NYC was exactly what I needed. First on the list was visiting my voice teacher and checking in to make sure things were in working order. It had probably been close to 2 years since I last saw him, and a lot of new notes have flown under the vocal bridge – and that can spell trouble for a singer. While I closely monitored and scrutinized myself through the new Massenet and the Strauss and the Handel, there still is no replacing that trusted set of ears outside of yourself to keep you in line. (Oh, how I miss the luxury of weekly voice lessons!) I do remember one of Steve’s very first comments to those of us fresh and wide-eyed to the Houston Opera Studio some 10 or so years ago:

“My goal is to get you out of my studio.”

Well, goal achieved! And truth be told, he was 100% right. I did not have the luxury of being near NY to systematically prepare all the past new repertoire with him – I had to rely on the skills and technique he taught me over the years to guide me, and ultimately I had to trust myself. (Easier said than sometimes done, by the way!) Reality crashes into your psyche when there is no one to turn to, and you must provide the answers to the questions you are seeking. My theory is that this is the process which begins to define us as artists – slowly, but hopefully surely, we begin to form what it is we want and need to say. That is our own to discover along the way.

A quick stop in Paris brought a crazy concert, which ended up being quite fun, despite no sleep, no jewels, and brand new repertoire being rolled out for the first time! A wonderfully supportive public made the evening quite special for me, and any chance to sing those pieces of Handel are such a gift. However, I should have known better than to use music not in a binder: there was a minor mishap due to a faulty page turn which left the poor bassoonist in “Venti turbini” playing a rather exposed solo when it should have been a ravishing duet with the hired singer! Note well taken.

But now, it’s back to familiar fare, and honestly, the timing couldn’t be better!

*Our choreographer, Xevi, puts Cenerentola’s ‘rats’ through their paces.

*One of the many extraordinary street artists which adorn the streets of Barcelona, “Edward Scissorhands”