I’m grateful for people who make me laugh out loud, who make me think with more than just my head – people who connect me to something greater than myself. I can say that I feel enormously blessed for having a number of people like this in my life, but while in Santa Fe, I was given the chance to spend a few days with one of the tops on the list: Richard Stilwell. 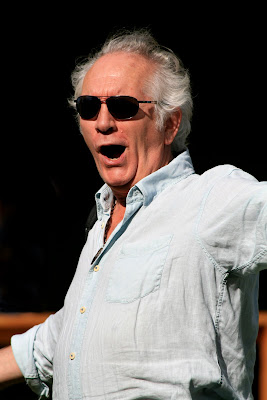 Richard played my Dad in Cendrillon two summers ago, and we hit it off immediately, with our duet as father and daughter being one of the most special moments I’ve ever shared on stage with anyone. His contribution to this art form is truly staggering: the Met’s first Billy Budd, Karajan’s landmark Pelleas alongside another of these golden folks, Frederica von Stade, the voice of the Count in the film Amadeus with that heart-melting line, “Contessa perdona”, to name but only a few. Now he performs a bit less, but is shaping the future generation of performers as an inspirational teacher at Roosevelt University. I’ve seen him teach, and he strikes that beautiful balance of being demanding while offering unwavering support.

He was in Santa Fe rehearsing the role of Mr. Redburn with a cast that will surely make many hearts flutter, but, more importantly, will bring an unbeatable group of men together to sing this gripping opera. (I will admit, on my brief stay there, I found myself hanging out quite a bit at their rehearsals, soaking up a lifetime’s worth of “sailor” jokes. Oh, it was testosterone bliss … I mean overload!) It was over margarita’s one night (I don’t want to talk about it…) that I had the real privilege of watching one of the first Billy Budd’s (Richard) talk shop with the latest, Teddy Tahu Rhodes who, lucky for Santa Fe Opera, debuts the role this summer. 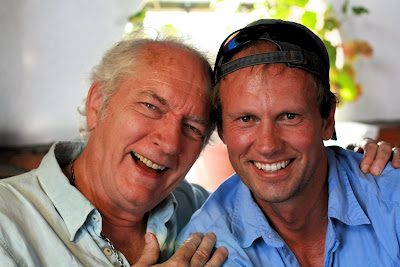 Add into the mix Bill Burden, Peter Rose, Tim Nolan, Lucas Meacham – oh, the list is endless – and you’ll understand why I was petitioning the director to add in a token role for me. I tried to explain that I could butch it up with the best of them, but alas, it was not to be – Idamante in Madrid was calling me – but at least we shared some laughs, some drinks, some guacamole, and even a little baseball. 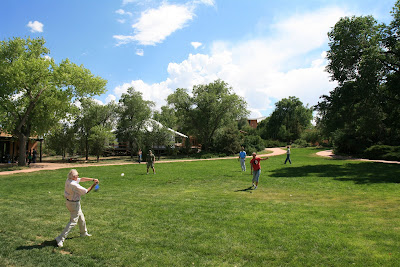 See why it was so hard to leave?

But I was also so grateful to get more time with a mentor and friend like Richard. He loves this craft. He loves his life and his family. He’s a true inspiration and a true light in this world.

Last Photo: Young Billy (Teddy) pitches to Old Billy (Richard) who knocks it out of the park. And just fyi, that is the view from the rehearsal space – all outdoors, all sunshine and heaven, except, of course, when a monsoon whirls in. Ah, Santa Fe….