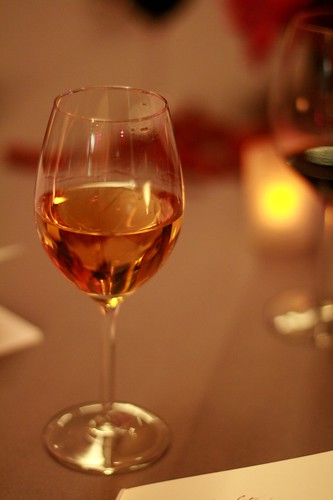 I’m grateful for a wine so heavenly that it defies description. Is it the color caramel? Butter? Pure Gold??? This is a sauterne which was served at a dinner after a recent performance. None other than the Baroness Rothschild, herself, furnished the wine for the amazing dinner, and this particular glass sent me over the moon. It was the perfect pairing for the fois gras (I know – I’m not writing this to be mean, I swear!)

The kicker of this evening was that I was seated across from the charming Baroness, herself, and she was the most delightful dinner companion imaginable. I was actually able to share with her several of my earliest encounters with her wine – not as a drinker, but as a server!

Several (don’t make me say "many") years ago in college, I worked as a waitress for the best restaurant in Wichita, Kansas – the only real "fine dining" establishment in town. (Oh, the lamb chops – sweet papaya, they were good!) It was a great job, and helped me pay my way through college during tough days. On the rare occasion someone REALLY felt like celebrating, it meant opening an astonishing bottle of wine – and without fail, that meant only one possibility: Rothschild. Of course, I also had to admit that the first time I was called on to OPEN a bottle of the heavenly elixir, I discovered in the WORST WAY that these great wines contained extra long corks: yes, I broke it on the first try. Classy, I know! Never again, mind you, but I’m sure it was due to my hand shaking with excitement and nerves! Happily, I think the patrons took pity on me and didn’t garnish my tip too much.

PS – it will be a miracle if I still fit into my costume at the end of this run! Thankfully, the pants are quite “roomy” to say the least! I might, however, have a harder time fitting into these: 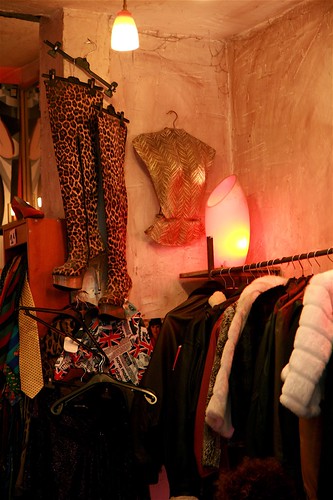