Note to self: touring in Spain in the middle of January = brilliant idea! 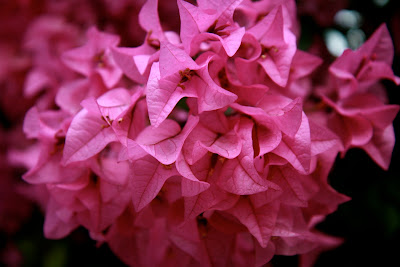 (Ditto for that whole “December in Los Angeles” thing!)

Yes, I’ve officially kicked off my Tour D’Amore and so far so good. We began in Madrid, which is always such a lovely place to spend some time. The people are so warm and welcoming, the food unbelievably wonderful (“Mas jamon, por favor!”), and the richness of that Spanish culture I love so much abounds on every street corner.

The opening of a new recital is always nerve-wracking, as I’ve mentioned, but the reward of bringing all the months of hard work and preparation to fruition gives real reason to celebrate. In Madrid it was interesting, because it is quite a cultivated audience: they love their traditional lieder recital, and at first hint of bad decorum, they immediately hush the offending member and absolute concentration is duly and immediately restored. They know what they are listening for, and it’s up to the performer to deliver. I’m not entirely convinced that my choice of program was exactly to their liking, but truth be told, I can only ever really offer the things that I think I will do well, and this will never please everyone. But it’s always a privilege to sing on that stage, one replete with such history and such a devoted audience, and I was incredibly honored to be invited.

Stopping next at the Grand Canary Island to sing in Telde was another story entirely! 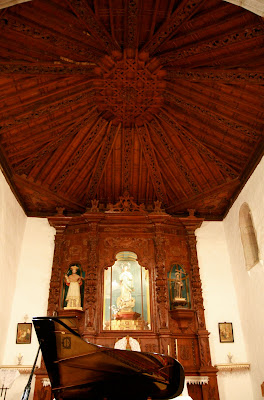 The venue was hardly that of the grand Teatro Zarzuela in elegant Madrid; instead, this was a 250-seat charming, but run-down church hiding in the most narrow of winding streets, musty of smell with one community toilet, and tickets were free! As I started my first set, people were still wandering in, photos were being snapped, and the eager audience was determined to clap after each song; to say it was mass confusion would be a bit of an exaggeration, but only by a bit.

But a funny thing about this relaxed, demonstrative, slightly unruly public: I LOVED them! The close proximity really turned this into a salon recital, with feedback immediate and genuine, no barriers, no artificiality, and genuine communication.

One thing I’ve realized about this recital (again, it’s nearly impossible to know how a recital will come across until you actually put it in front of the public for the first time), is that it is quite an intimate affair. There isn’t a lot of pomp and circumstance, very little “flash”. It is probably the furthest in mood from “Furore” that I could find, which was intentional on my part, as I hope that versatility will always be welcome in my endeavors. But there is a more internal and intimate character to this recital, at least from my point of view, and I found that having the luxury of singing that to 250 people in such close, charming quarters was a true gift.

They were unbelievably generous in their response and it is an evening I won’t soon forget.

Nor will I forget the next night: 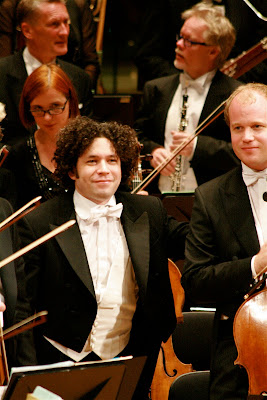 I see in him an enthusiasm and a JOY for making music that is all too rare on the podium in these days. I see passion and detail and generosity. It was incredibly inspiring to watch his concert in the stunning Alfredo Kraus Auditorium with his Goteborg Symphony. Yes, the world premiere was raw and thrilling (truly!), the Rach 4 with Leif Ove Andsnes impressive, and the Sibelius rocked my world – but the MAGICAL moment came in their first encore. It wasn’t announced, and I wasn’t familiar with it, but it was a slow, lyrical, slowly unfolding rhapsody of lush melody first caressed by the strings, and then slowly taken over by the winds. As it inevitably crawled to it’s hushed finish, he whispered an invitation for the final cut off with his left hand, and then – held it suspended there. It must have been for a full 30 seconds. Maybe it was 5 minutes. It could have been an hour, but regardless, not a sound was uttered in the hall, and no one even thought to begin applauding. Instead, what I felt was an immense and powerful concentration of energy and silence – the silence carrying almost more weight than the music had just seconds before, and he held us captive. It was entrancing, hypnotic and magic. Prayer, for whatever that may mean to different people, prayer happened in that moment.

I’m currently in Barcelona, ready for the “intimate” Liceu!! Well, ok, it’s not so intimate, but I’ll do my best to shore up the masses to take this little internal journey with me! I’m so looking forward to being back on that beautiful stage and enjoying my all-too-short a stay here!

PS – thank you to the lovely Suzanne for alerting me that on January 28 at 2:00 (London time) the BBC Radio 3 will be broadcasting the “Béatrice et Bénédict” I sang in from Paris last year with the DIVINE Sir Colin Davis conducting. Sure you can tune in to listen to me, but it’s definitely worth it to hear his conducting of the final duet of Act 1. C’EST PARADIS!!!!!