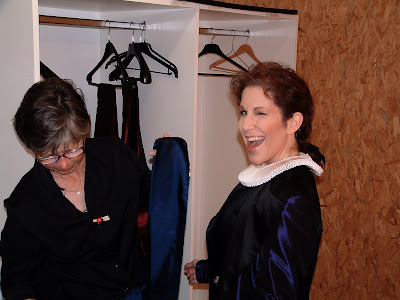 Before I jump into my latest entry here, let me warn you that the following may not be very pretty, folks! If you aren’t used to being around singers much, you’ll probably be shocked to learn how freely (and sometimes joyfully) we talk about certain bodily functions considered taboo to the rest of society; it’s not at all unusual for us to have a very civilized and dignified conversation about the color of our mucus (yellow = good, green = bad), or to what degree the acid reflux affected so and so, or how a certain food played havoc on one’s digestive system. You see, our instrument doesn’t just involve two little pieces of gristle, which vibrate to produce sound on any given note – au contraire, my friends. To produce a listenable tone requires quite nearly everything in a singer’s body: back muscles, lungs, diaphragm, firmly planted legs, balance, not to mention a sense of relaxation over all the tension producing mechanics that occur, just to highlight a few things. The bulk of the ‘work’ feels as if it’s happening in the torso, or the core of your body, for you pilates fans out there.

Now, imagine if you will, your entire digestive tract (housed in aforementioned torso) being in a state of complete and utter state of distress, and with each breath you take in, a slight sense of panic fills you. This, dear friends, is how I debuted the role of Sesto here in Geneva 4 nights ago. I can completely and indisputably state for the record that I never, ever wish to sing in this state again, nor could I ever wish it on a single one of my colleagues. It was horrible.

Now, why do I bring this up? I’ll admit, it’s not a very pretty topic to bring up, and I’m sure it would be easier reading to only say what a huge success it was, etc. However, I walked away from that performance with two enormous pieces of knowledge – two things that I have always felt were incredibly vital to a career, but this was the first time I truly had to put it into practice; and my purpose for writing about it, is that in case there are any younger singers out there who want to know what it takes to have a career, these are two of the finest pearls of wisdom I can offer:

*Consistently rehearse in a completely committed and full manner.
*Be certain your technique is working for you.

My body was not up to the task of singing particularly brilliantly on my opening night; however, it knew exactly what to do because I had engrained into my muscles and into my ‘psyche’ the role. As a result, the manner in which I rehearsed carried me through those 2 ½ hours. Had I not prepared as thoroughly as I did, I’m certain I would have been MUCH more nervous about my physical state, and would not have arrived at the end in one piece. I also knew that vocally I had worked out the problem areas, and I had a confidence that I knew even if I wasn’t 100%, my voice would respond strictly out of muscle memory. It certainly wasn’t any kind of miracle or magical force that carried me through – it was simple fundamentals, and I’m so relieved to know that I could lean on those basic, essential tools.

I wish I could take credit for that philosophy, but I definitely owe my having learned it to several folks:

George Gibson, my first Opera Instructor and true mentor. He preached many things, but one of the fundamentals was always the discipline of preparation. (That, as well as the old adage, “Less is more, Sweetie!”)

Judy Christin, whom I first had the privilege to watch work when I was an apprentice in Santa Fe. She was rehearsing the role of _____ (now it escapes me), but it was a comic part with a lot of dialogue and dancing and singing, and to this day remains one of the funniest performances I’ve ever seen on a stage!! I was in the chorus, and we were constantly called to rehearsal, so we were ‘forced’ to stay on the sidelines while many of the principals rehearsed their scenes. It was such a gift to watch her work. Before we got onto the actual stage, we worked in a rehearsal space where things like steps and walls weren’t available to us, and I will never forget that each time Judy did her scene where she was to walk down a few steps in her long gown, she would hold up her rehearsal skirt and mime walking down the steps – every single solitary time she did that. Spot on. She never did it halfway. It was such a tiny thing, but she rehearsed every single element of her role in that manner, and as a result, when she stepped on for opening night, she had already accounted for any and all interference, and without fail she would steal the show from the actual “leads” each and every single night. I will never forget her example, and while I certainly don’t replicate it as well as she did (I’m usually too busy cracking jokes in rehearsal!), her lesson stays firmly with me.

Steve Smith, my trusted teacher. One of the first things he said to me in our lesson was “my goal is to get you OUT of my studio”. (If only all teachers thought in this way!) And the only way to do that was to have a solid technique that would serve you well under any condition. I continue to work on the fundamentals of technique all the time (like watching a basketball player practice his free throws, I practice my nee-nay-nah-noh-noo’s religiously.) But it really does give me a sense of freedom when I arrive on the stage.

So, all this having been said, and delicate stomachs aside, I thoroughly enjoyed having the privilege of singing Mozart’s music on opening night. I could be quite misled, but it certainly seems to me that Mozart had a special place in his heart for Sesto, as I don’t think he wrote a single extraneous note for him. And the second act aria, “Deh per questo” is a pure masterpiece. Period. We also have a fantastic cast assembled here, (Anna Caterina Antonacci is FIERCE singing her first Vitellia), and the production of Yannis Kokkos is beautiful to be a part of: simple, elegant, and enables the focus to stay on the singers and the intimate nature of this piece. It’s a joy. 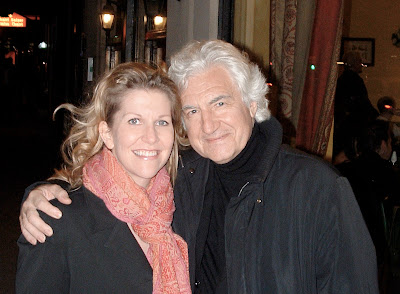 (Photo: With the brilliant and genuinely beautiful Yannis Kokos)

Meanwhile, I have a PILE of music stacked up on my piano, with very little energy between shows to work as intensely as I need to on it, as our shows are every other day here. But, it’s all glorious: a stack of brilliant Spanish music for a recording that is 3 weeks away, Cendrillon – which I’m falling in love with each passing day, recital music for Kansas City, and that behemoth of roles clutching at my brain, Octavian. It’s just over a year away and I know that I’ll need every second I can get on it! (Not to mention preparing my one and only Fenena for quick concerts in 2 weeks!)

So my head is swimming with notes and languages, but I’m MORE than happy to say that at least it’s no longer my stomach!