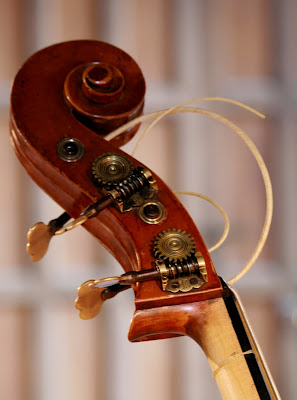 What a RUSH. Last night I had the opportunity to put all the pieces of the Alcina-puzzle together, and it felt AMAZING! Try as one may, it’s impossible to know how a role will feel in its totality until your perform it from top to bottom, feeling the arc, the ebb and flow of the character’s ever-changing situation, and feeling how one scene affects the next in the context of the entire evening. What an astonishing character this Sorceress is!

I’m very happy to report that I felt my approach was really valid, and actually worked to great effect in the end. It finally hit me what it is that I LOVE about this woman: when she is strong, a wavering frailty and vulnerability lurks right beneath the surface, and when she is weak and fragile, a pulsing intensity and strength relentlessly pushes her on. She is a real woman. I did an interview this morning, and the German interviewer asked me, “Do you think Handel understood women?” And I had never thought of it in those terms, however to my sensibilities, without question, he GOT us (just as Mozart miraculously understood the Countess in Nozze di Figaro.) I’m not sure how a man of his standing, and with his ‘reputation’ possessed such a comprehension of the female complexities, but that’s why the journey I took last night was so gratifying – he understood this delicate, powerful woman.

It’s a rather strange phenomenon performing an opera in ‘concert version’; it’s a real pastiche of intimated drama, intensified music making, and raw emotion. I find that as a performer, a million different thoughts go through my head, because where I would normally be off-stage during the course of the show, in this case I’m sitting there in plain sight, hearing the conversations my character is not meant to hear, essentially joining the audience in rapt attention. In the case of last night, I found myself marveling at the energy that is transmitted from the orchestra alone (and this is what I LOVE about baroque orchestra musicians): each solitary player is completely and utterly committed to the performance. Each instrumentalist is listening with such attention to the singers, and to each other, but above that, they each are WILLING the performance to be special. There is such a dedicated commitment from every single one of them, which is quite beautiful to witness, for sadly, I find it can often be missing in ‘standard’ orchestras. This group is something incredibly special, and it has been an honor to make music with them – thankfully, I’m not done, yet!!!

Tomorrow, it’s back to the microphones!

*Since I was rather preoccupied last night at the concert, I didn’t get any photos, but I do like this photo of Davide’s double bass which I shot during the recording sessions