Did I mention that I think Handel was a rather sadistic guy? Brilliantly sadistic, but sadistic nonetheless! Day 4 brought “Ombre Pallide”, in which Alcina finds herself impotent to her powers: she cries out for the “haunting spirits, the night ministers of vengeance, and the blind cruel daughters” to all fly to her side and aid her in her desperate attempt to keep Ruggiero from fleeing her side. She is left feeling completely powerless and abandoned, not only by the man she loves, but also by all the magical forces she is normally able to summon. What follows is a haunting, perhaps paranoid, insistent aria of “pale shadows” in which Alcina cries out, “I know you HEAR me, you’re all around me, and yet you hide yourselves from me and remain deaf to my pleas.” It’s part pathetic, part heartbreaking, part haunting – and the very kind of aria Handel excels in! 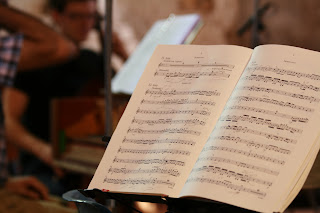 How does he accomplish setting such a diverse spectrum of disturbed colors? By employing what may be most singers’ worst nightmare: CHROMATICS! He inches along, (‘millimeters’ along would actually be more accurate, if only that word existed), letting the orchestra and singer ooze through the scale in unexpected directions, swelling here and there in perfect unison. He has the orchestra balloon and wander and drift and heave to invoke what I hear as images of slinking serpents and flying bats and shadows howling all around her head, and she pursues them all in vain. Here is a woman who has only known power her whole life, who is experiencing powerlessness for the very first time. What a fabulous ride!

To say it’s a challenge, musically speaking, is an understatement. There are some vocal lines that he weaves which truly feel as if they were written for a violin or oboe in mind – not the human voice. If only we could work out a particular ‘fingering’ that made the phrase easier to manage! But we are left simply with this invisible instrument located somewhere in our throats, and must rely on the brain to fill in all the blanks! Again, it would be easier would he not have doubled the vocal line ONLY with the first violins playing in ‘perfect’ unison with the voice, and nothing else. One misstep, and you’re done.

Well, happily the first roadblock did not exist: this orchestra is playing so well, that any issues of pitch amongst themselves were simply not in play: they played it seamlessly and beautifully. So it was left to me. It was immediately apparent that in this particular setting of the church, and how the microphones were arranged, that I could not hear one sound from the violin section while I sang these famous unison lines, for they were playing a beautiful piano, and while singing, it was just covered to my ears. So, imagine being in Times Square at rush hour, standing at, let’s say 42nd and Broadway, completely naked. Utterly, wholly, entirely without clothing. And nowhere to hide. That is the precise sensation which washed over me during this recording session. I began to second-guess each half step, each sharp or flat, each little note, because I had no reassurance around me that I was singing correctly at ALL. I began that dreaded inner dialogue that can plague us singers (at least I hope it’s not only me!), where you are singing, and at the same time you’re speaking to yourself, “That was horrible … Ew! … So out of tune there … Wait, you completely missed that F# … (and maybe the most brutal of all): The orchestra is going to think you are such a bad musician!” 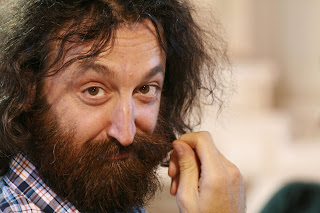 Of course, because I have recorded a number of times, I know how it works, and you’re not really allowed to stop an expensive take because, “I think I suck.” You keep going, because perhaps they will have a few lines that went well on that take which they may need to plug in somewhere else, so you march on. But it’s quite a circus in the mind when you’re juggling chromatic scales, working to create the character, all the while scolding yourself in your head over and over! (And people think singers are stupid!!!)

Luckily, I’ve declared war on that inner game I used to play with myself. (But that’s a story for another time.) So I was able to slam the emergency brake on that unfriendly inner dialogue and get back into the game. And MUCH to my surprise, at the end of the first take, everyone said, “Wow – brava!” Even the producer! I tell you, I was shocked, and I thought, “Surely they are just trying to make me feel better!” What I learned was that usually it’s never as horrendous as we think it is, and even if it is, we must keep going, eh?

So, while the mood may have been good, etc, there was still work to do, and yes, I had to woodshed some of those nastier phrases, but they kept reassuring me that I was in tune – and I kept protesting, “but I can’t hear the violins!” In the end, somehow, it all came together – and it simply became a matter of trust. I trusted my preparation, I trusted their ears, I trusted that they were THERE, even if I couldn’t hear them. That leap of faith, that act of trusting, it simply felt GREAT. 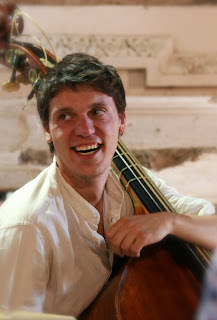 So, 4 arias down, 2 to go: tomorrow is a light day with some missing recitatives, which gives me a chance to have some mental and vocal rest before our first concert on Saturday in Viterbo. I’m still astonished at the power of Handel’s music, at the depth of emotion he sculpts, the sheer beauty of his music, and how humbling it is to sing. Now I’m getting VERY eager to see how it all comes together!

Afterwards the cast of singers went for a pizza – but not just any pizza. This was an ultra-thin-as-paper, crust spread out over 2 dinner plates! The most enormous pizza you can imagine. As the waitress set it down, of course we all protested that we wouldn’t be able to eat it all – and certamente, we all did! I had the ‘primavera’ with mozzarella, fresh tomatoes and rucola: PARADISE!

*Andrea Perugi, the colorful and brilliant cembalo player (always with a wink in his eye!) who always makes me think of Supertramp!

*Davide Nava, the youthful and EXPRESSIVE bass player, both of these enormously talented boys have been on all the recordings I’ve sung with Alan. They’re my baroque family!