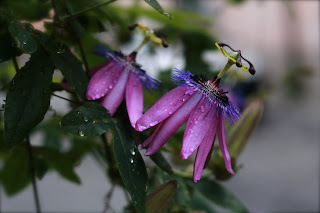 That Handel! Boy, he must have had a slightly sadistic side to him, that guy. Day 3 brought the wonders of “Ah, mio cor”. Alcina has just discovered that her lover, Ruggiero has betrayed her and plans to flee her island, her power, and her love. It’s fascinating theatrically because the recitative that leads into this heart-wrenching, penetrating, disturbing aria, is quite fearsome, as she declares “Farò vendetta, io giuro!” (“I will have my revenge, I swear it!”) One would expect him to plunge us into one of his brilliant revenge arias of rapid-fire coloratura and flaming vocalizing; instead, he gives us a jagged, pointed chord structure, a painfully restrained tempo and relentless bass line, over which soars a broken hearted, collapsed woman singing, “My heart, you are betrayed; I loved you so, HOW can you leave me alone in such tears?” It aches, it throbs, it soars, it cries out – it’s the perfect realization of her pain and utter desolation.

But Handel is not satisfied with that. Oh no.

He is always thinking theatrically, and just as the end of the first section reaches its tragic conclusion, when most of us would have been satisfied with such an outpouring, he LAUNCHES us into “the B section”!!!! Alcina declares, “But wait – Alcina, what are you doing? You are a QUEEN! There is still time”, as she regains her sense of power and potency, “He will either return to you, or he will DIE.” Ah, yes, THERE she is! Here is the fire and the combustible might we’ve been yearning to see from her! No question about it, she is BACK and she will compel that revenge to emerge! We are left with no doubt by the end of the famed B part that she will be the victor. (“I am woman, and hear me roar!”)

But wait … not so fast. Without any return to an orchestral prelude, Handel heaves us right back to where we were, only quite worse off. Even after realizing she is a Queen, that she has power and might, the ache in her heart remains – and it must surely be so much worse, for she senses she may be, in fact, impotent to change it. She revisits the same heartache from earlier, only her suffering has greatly multiplied, sinking even deeper into her core.

What a master. What a craftsman Handel was. How wonderful that we can experience this torment, this desolation and eventual collapse which this man pulled from thin air, put down on paper, and has been brought to life by so many different women through the centuries! I find that utterly amazing. I also find it rather astonishing that a man could have such a grasp of the fragility, rage, despair and more that co-exist in some mystical communion in a woman’s heart; not just an understanding that would allow him to ‘relate’ to a woman, but with this aria he crawls up into the inner-workings of her mind and heart and actually, truly GETS it! Damn. Oh, right – I almost forget, all of this ‘comprehension’ is enveloped in just about the most beautiful piece of music ever written. Right.

So, here I am; little ol’ girl from Kansas left to have a go at it this master’s music from another world, another time and place. I don’t think I’d be too out of line to say that even sopranos struggle with this aria, for it remains quite in the upper part of the voice for quite nearly the entire 9-minute scene, which means endurance is a real factor, and finding a way to sustain the intensity and emotion, never letting it sag, or become predictable of course is a challenge. To resort to another sport’s analogy: this one is the marathon. Especially when in a studio recording setting, because you have the luxury of working at it until you get it right. In this case, this 9-minute tune took nearly 2 hours.

We attacked the A section first – the first time through we hear her pain. I was really stiff the first take, because I was very concentrated on the vocal aspect of it, the technical challenges, etc, and it was FINE, but it didn’t have any of the emotion. Next time through the emotion was there, but the technical things went out the window! (See what I mean about pacing?) After another take and a few more corrections, we had it, but for some reason I still wasn’t exactly where I wanted to be with this masterpiece.

We had discussed going right to the da capo to get that down on tape as well, but I said, “Alan, can we just sing through the B section, and then see what happens?” Well, I affirmed my belief in always following your gut: the orchestra really got into it, I was on fire, and it launched me RIGHT into the cadenza for the da capo, and we let the tape run. After the red light turned off, telling us the stop button had been pushed, we all sort of held our breath, knowing we had got it!! (Nearly.) Finally all the emotion was there, the MOOD, the inspiration, the drama – I was feeling it, and I had let go of the technical worry. 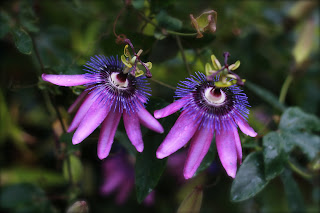 You would think we would have then gone to dinner, but no – this is a recording, and there was still a lot of work to do. It took me a number of times to get the final cadenza to arrive at that great union of emotion and vocal precision (I was flat a lot!), and then we had different spots where one note was missing here or there, or the orchestra needed more time to find their groove, as it’s a very tricky piece for them. It was quite tiring, but we were all feeling it, and there was a real sense in the room that we WANTED to GET this, and I certainly hope we did. One thing that I really like about working with this producer is that he isn’t looking for the perfectly executed take, he is looking for things to be correct, but ONLY under the umbrella of being dramatically compelling and emotionally involved. Vocal perfection doesn’t interest me (although I’m always striving for something approaching that), but I want my voice to tell the story and be the vehicle for this woman’s emotion and the drama Handel was going for. I cannot believe that the thing that thrilled Handel was simple vocal perfection – I have to believe, by the way he wrote, that the thing that ULTIMATELY thrilled him, was the theatrical viability of beautiful singing.

And so I did my best. And it was amazing how charged up I felt after running this vocal marathon, draining my mind of all concentration and intention. It was a good day’s work. And while I profess to hating Handel for being so sadistic in writing such a difficult and demanding piece to sing, ya gotta love the guy, as well. Damn!

P.S. The dinner should have been SO much better than it was after a session like that, but alas, it was minestrone soup, sadly in need of some flavor – at the least, a little more salt, and turkey something or another. Very disappointing. I asked for a salad, knowing it was good for me, but secretly longing for another huge plate of that Truffle pasta from yesterday!

Photos:
*Views of beautiful passion fruit flowers, taken from a trellis on the road to the recording