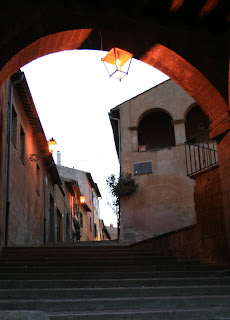 I remember the shock setting in during the process of my first studio recording (the Handel duet disc, Amor e Gelosia) of how utterly exhausted I was at the end of each day. It wasn’t so much a vocal thing as a mental one: the amount of concentration and energy required to achieve ONE track on a disc is overwhelming. I’m not really sure why, exactly, but the mental exertion feels so much greater than singing that very same scene on the stage; I’m sure the adrenalin which overtakes you on stage, and the ‘groove’ that you hopefully get in, must help immensely – let’s use that ‘swimming with the current’ analogy. But in the studio, ALL of that energy and ALL of that adrenalin is condensed into a single 30-second recitative, which you must summon the mighty energy for over and over until you’ve GOT it. (However, maybe YOU got it on that take, but your partner in crime flubbed a word, so we must start again; and this time HE nails HIS intent and Italian, but you’re flat on the top E-natural. Start over. You follow?) It’s terribly exciting, and always feels like you’re on a tightrope high above starving, rabid dogs with their foaming mouths just beckoning, and I love it!

The other trick with pacing, is that everyone involved in the recording process knows that we’re on a very tight schedule, and should one cog in the engine get pulled out of place, the entire project could be in jeopardy. It’s not really something that we discuss amongst ourselves– Murphy’s Law and all that, but it means that in the first days of the process, we’re cramming in all the recitatives we can (in case one singer falls ill, we’ve got all the group material ‘in the can’), and working at a rather frenzied pace. A tight schedule means there is no luxury of taking an extra 5 minutes to REALLY nail that cadenza; you’ve got to make every take count, and aim to give the producer the maximum number of choices for him to use in the editing process. It means every take, essentially, has the urgency of stepping into the batter’s box in the bottom of the ninth inning, bases loaded, 2-outs, and 3 runs down, and I love it!

Day 2’s session offered Alcina’s 2nd aria, “Si, son quella”. Now both Alan and I agreed about this aria from the start (which relieved both of our anxious minds, I think!), in that we both believed that it was NOT the moment where she is feeling sorry for herself. It is not her moment for despair, for goodness knows that comes in spades later! I wanted to find a way where it was sincere at the beginning, but then morphed into a rather manipulative, passive-aggressive treatment of the piece. I think it gives a lot of dimension to the character. It also, once again, demonstrates the BRILLIANCE of Handel, for in these long da capo arias, he gives you the time and the space to develop something that is quite complex psychologically and emotionally. We don’t have to have it all figured out in one line of text – he gives us 6 minutes to explore what is really happening with this scene. It’s just as unfolds in real life: we don’t always know where we’re going with a particular train of thought, we often discover what we REALLY mean as we go along. It’s quite a lot of work to dig and dig and chose which variation evokes the particular emotion you’re searching for, and whether or not you want vibrato in a tone in order to paint a particular color; it’s quite a complex, intense process, and I love it! 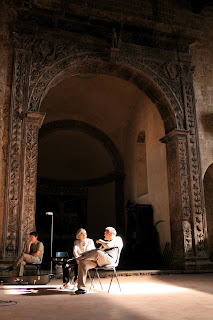 The second half of my recording session involved nearly all of Alcina’s most dramatic recitatives. I’m glad we ordered the day as such, because I didn’t have to concern myself with ‘saving my voice’ for the aria afterwards – I was able to let ‘er rip! In working these through, it is quite obvious to me that there is a real disintegration to this Sorceress, and it’s delicious to search for the colors that will bring that fall to life. I marvel at the way hard-core baroque musicians, like these of Alan’s band, micro-manage each and every piece. It is quite a democratic process, with a lot of discussion between the continuo members (cello, bass, lute and cembalo) as they work as a true cohesive unit to breathe life into these scenes: sometimes it involves reacting to what we say, other times they initiate an event which we are forced to respond to, but always they keenly listen and color their playing to the story we are all aiming to tell. It is one of the most vibrant, interactive and exhilarating ways for me to work, and I love it!

Tomorrow brings the trio and the grand aria, “Ah, mio cor.” I best get my rest!

P.S. At the hotel where we are staying, we all dine together, inhaling whatever the resident cook whips up. It’s a little hit and miss, (there is always the primo [most often pasta] and secondo, [always the meat course] so my efforts to win back my pre-vacation figure are most certainly being sabotaged!), but every once in awhile paradise descends onto our china. Yesterday’s lunch was pasta with TARTUFFO and PORCINI MUSHROOMS. Need I say more? Yes: I loved it!

Photos:
*A little archway on the way to record
*Taking a break