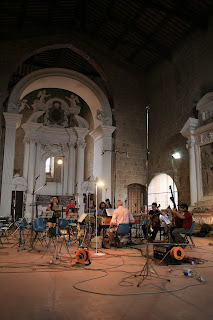 So I thought it might be interesting to chronicle here the experience of actually making a recording. Yesterday was the first day we met the microphones for this “Alcina” recording, to be put out on Deutche Gramophone’s Archiv label, with Alan Curtis and his band, Il Complesso Barocco. This is my 4th collaboration with them, and it’s lovely to walk into the first day of rehearsal and see so many familiar faces, knowing that the awkward ‘getting to know each other’ period has passed, so we can get right down to the business of making real music. An element of familial ‘safety’ permeates our rehearsals, assuring me that I’ll be able to afford to take a lot of risks – this is a most welcome thing!

We’ve spent 4 days rehearsing the arias, but quite a lot of time has also been put to dissecting the recitatives – for you see, we sit at a bit of a disadvantage in recording this opera because as a cast we have not had the chance to perform it together on the STAGE, where a real dramatic chemistry would have had the chance to develop. Some of the singers have performed their roles on stage, but in my case, I have not had the privilege (although I did cover the role of Ruggiero some years back). Ideally, I believe you should have performed the role you’re recording many times on stage before daring to preserve it on disc for eternity, but I have a history with Alan of recording roles that I have not inhabited before, and I trust that the two of us will find a very compelling and real character together. I spend a lot of time preparing the recitatives, because I believe it is THERE that you really flesh out the psychology of the character – you cannot simply rely on the arias to inform you of all the different facets and turns of the persona. If the character fails to come alive in the recits, the arias will never catch fire, as they need to.

So the first day of recording roles around, and everyone’s adrenalin is pumping and there is palpable excitement pulsing through the air. I have to say that in my years working with Alan, his orchestra has never sounded better, and his casting seems spot on (maybe that makes me the weak link of the cast!). We started with some of those telling recitatives, and drama flew in with brilliant Italian fervor – one would never have known that we had not previously performed many times together. And what DRAMA! Alcina is such a fascinating character on so many levels, and I’m LOVING getting into the marrow of her character. For example, in her opening recitative, she makes a very interesting word choice in describing the ‘love’ between her and Ruggiero, proclaiming it a “scambievole amor”, meaning a “mutual” or “reciprocal” love. In fact, it is anything BUT, for Ruggiero is simply under her spell, (and she well knows this) but her pronouncement is for all to hear, perhaps to erase any lingering doubt, or simply to try to persuade herself. Her love for him is real (in her eyes), but what a fragile thing it is, because it is false on his side. Her desperation quickly begins to show. See? One little word choice like that makes all the difference!

We recorded her first aria, “Di, cor mio”. Truth be told, I’m quite nervous about this recording, because it’s a bit ‘outside the norm’ for me. Historically, it has been conquered by such icons as Joan Sutherland and Renee Fleming to brilliant effect. And now it’s my turn? Why not, I say! Well, ok, in all honesty, it wasn’t quite that simple: 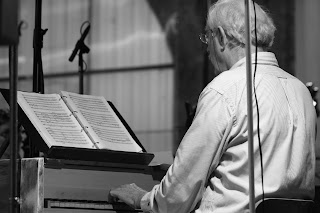 When I was approached by Alan to record it, I assumed he meant to sing the part of Ruggiero. He hemmed and hawed a bit, and then said, “Actually, I was thinking more along the lines of ALCINA.” Pause. [Cue the loud and raucous laughter] He ignored the outburst and simply said, “Joyce, just take a look at the score – the highest written note is an “A”. And don’t forget – we record at baroque pitch.” (Which means a full tone lower than what modern orchestras play in today.) After a quick dismissal I slowed down and began to think a bit. Then I began to think a lot more about it, and said, “Alan, are you really serious? You’re a brilliant scholar and Handel specialist, and this is universally considered one of his GREAT masterpieces: you get only one shot to record it, and you really want the title role to be sung by a mezzo-soprano????? I know you’re a little crazy, but are you INSANE????”

Well, hopefully he’ll explain more of his reasons for this unorthodox choice in the CD booklet, but in the meantime, I had a decision to make. I looked long and hard at the score, factoring in the lower pitch. I listened to Joan. I listened to Renee. (I even eyed the part of Ruggiero with a bit of lust, thinking, “I know this role, it fits perfectly, it’s such beautiful music, why bother stretching myself as Alcina?” Well, never one to shy away from a challenge I decided to go for it. Were I a legitimate soprano, I honestly think I would have passed, because I feel those two have said so much about the character as a soprano, and have sung it so exquisitely, so sublimely – what more could I do? Their interpretations are completely different, but equally engrossing, if for very different reasons.

So I poured through the score, and the more I realized it wasn’t written with a million high C’s, (or E’s, for that matter!) the more seduced I was by this character – she’s a witch, for God’s sake! And that MUSIC! That MAGIC! That bewitching femininity! And how Handel must have loved her! I decided to jump in with both feet into that fire-y coven and not look back. Life is short, right? So I’ve been working my witch-y tail off, and yesterday I felt the first fruits of my labors. What a gift, a joy, a THRILL to sing that first aria of hers, which arrives like a sensual breath of fresh air on the first day of spring. Oh how I love the music of Handel. And you can tell that he penned this particular role with such care and tenderness – I actually feel it when I sing, this attention to each little phrase, each singularly placed note. The fragility and vulnerability she shows in her first aria is simply sublime – and it’s a rare glimpse into seeing this mighty sorceress with her guard down. The orchestra put itself immediately in the mood of the piece, which is a rare achievement on the first day of recording, for usually everyone is walking a bit on eggshells, searching for the rhythm, the groove. 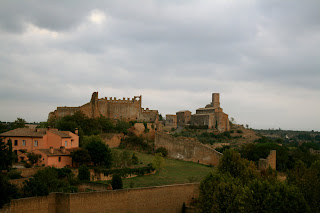 Happily the producer from the Floridante recording is on board again, so I find it comforting to know that I’m in very good hands. The producer listens over headphones in an outside room (or chamber, in this case!), and tells us what we need to fix, until we get it right: a flat note here, an un-Italianate attack there, an ornament that isn’t fitting quite right, or perhaps most important of all – the drama is lacking. As always, it’s a question of balance, and how much to we emphasize vocal ‘correctness’, how much to risk dramatically, and where lies the mystical combination of the two. Happily, I’ve been privileged to do a number of recordings, and through experience I’ve found a way to trust that I don’t have to try TOO hard, but I have to give it everything I’ve got. Personally, I love the challenge of telling the story strictly through the words and the colors and vocal inflections – I hope it makes me a better performer.

That having been said, I do a huge project like this, and I’m immediately struck by the fact that I still have so much more to learn, and must constantly strive for more. What a wonderful sensation! I get the feeling that my enthusiasm for this project, at least on this first day, is overflowing, so I should sign off – there are 5 more arias to go, each one more difficult than the next. Stay tuned!

Photos:
*Inside the chuch where we record
*Alan Curtis
*View of San Pietro in Tuscania from my hotel window (I know, rough, eh?)