It’s nearly impossible for me to imagine functioning in this career without my well-worn laptop by my side. I know times are different from the olden days when penmanship was a value to be treasured and handwritten letters seemed to deliver the very person to your doorstep; however, I must admit this little guy keeps me on top of things. Being able to catch up on my work while flying from home to “the office” saves the day for me! So, while I enjoy the city lights of Chicago underneath me, let’s catch up.

I’m flying back to NY from a less than 48 hour trip home to catch my Goddaughter’s baptism, as well as to change my luggage out from the somewhat lean fall items to the bulky winter items (the former being the much more pleasing event of the two!), as well as trying to concentrate on the rather packed week ahead. 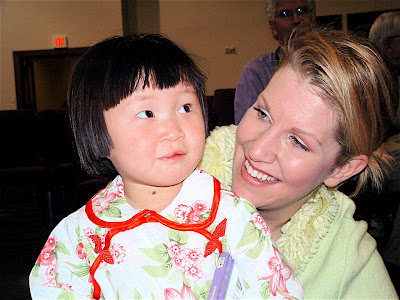 Tomorrow morning we perform the final dress rehearsal of Nozze di Figaro. I can’t begin to describe how excited I am. I would not be telling the complete truth if I didn’t also admit my nerves are on “high alert”, (is that orange or red?), but in a very good way. I’m stepping into the shoes of a character that is revered and adored by all who love opera. That is a beautiful thing. But it also happens to bring with it, in this case, roughly 4,000 different ideas of how Cherubino should be played, which feels like a very tall order. However, I decided a long time ago that I would never step onto a stage and attempt to give the eager audience a bad imitation of a great singer who came before me. If I studied videos and poured through countless recordings to try and perfect an impersonation of Frederica von Stade, to me the quintessential Cherubino, I would never succeed. And I wouldn’t do her legacy any justice whatsoever.

So how do I approach stepping into the shoes of this, in my opinion, perfect character? I go back to the text. I try not to take one thing for granted that comes out of his mouth. I try to make his impulsive and desperate actions as spontaneous as possible, and to simply bring my voice to his words.

I have to say that rehearsing at the MET has been a dream for me. On Tuesday we went onto the stage for the first time, and the chills that went up and down my spine didn’t stop for nearly the entire rehearsal. Adding the orchestra (which is remarkable in every single way) to the mix on Thursday only upped the energy and the excitement I was feeling. I mean really, this is the dream of every American opera singer: to get that one chance to stand on that fabled stage and give it everything you’ve got. That having been said, however, while the environment is definitely thrilling, the thing I keep coming back to is what a masterpiece this opera is, and how privileged I am to breathe life into Mozart’s phrases and da Ponte’s words. That is the real joy for me. I am having the most wonderful time scrambling in and out of chairs, chasing everything in a skirt and jumping out windows, and I hope the magic will pour across the footlights tomorrow for the dress rehearsal, as well as for the entire run! 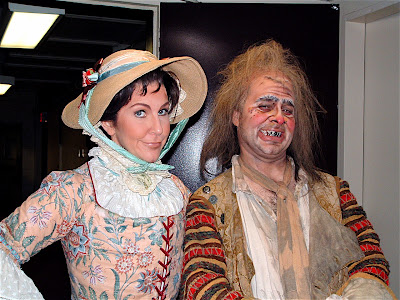 In the meantime, between chasing skirts, I’ll be jumping into the rehearsal process mid-way for the new production of Romeo and Juliette. It will make the next 2 weeks a bit chaotic to say the least, but if I can manage to stay rested and healthy, I think it will be a wonderful experience. I imagine during the coming weeks I will have many moments of wanting to pinch myself, but on the other hand, this is what I do, and for me, it always comes down to the fact that I’m there for the audience – the people with the season subscriptions that have been going to the MET for decades, as well as the students who are there analyzing every sound and consonant that comes out of ‘the pros’ mouths, as well as the one standing room ticket holder who grew up listening to broadcasts his whole life and finally got a ticket to THE MET to see and hear it in person for the first time, as well as those who have heard Figaro a thousand times, and the young aspiring musician who is experiencing Mozart’s magic for the first time. They all have their own story and will have their very individual opinions of the show that night – I love that!

On a technical note, I’m astounded at the machinery that is the Metropolitan Opera. You cannot begin to imagine all that is involved in putting on so many shows a week, countless productions a year. I marvel at the costume department that is constantly altering costumes for any number of singers, (there must be 6 name tags in my Cherubino vest!), building new pieces for the new productions, catering to the singer’s every need, as they truly want each and every singer to look and feel their best. The technical crew maneuvers around backstage with such mastery, moving enormous set pieces in and out in a way that appears effortless, always taking great pride in their expertise and their immaculate backstage. The music staff: I cannot begin to say enough on their behalf. This is a group of such consummate musicians who bring incredible proficiency to the rehearsal room, such dedication, and with very little reward. With all of these people, if they’ve done their job right, you will never notice their work, which I imagine could be a challenge to their morale. However, I notice, and I know that the dedication and knowledge of all the workers at this theater is an enormous reason it is called THE MET.

So after a week of long rehearsals, of tiring photo shoots, of beautiful baptisms, of learning a new role, and of jumping out that window at least 10 times, I’m ready for the opening, and I’ll be working hard to give the Met audience my best Cherubino. Enjoy!

(Photos: With my neice and goddaughter, Yalei, at her beautiful baptism; thrown into another world of costumes and makeup, as Cherubino with the “Antonio” of Patrick Carfizzi backstage at the Metroplitan Opera)