I was talking with a dear friend the other day about our lives: we weaved through a knotted tapestry of topics needling through relationships, vocations, work-out regimes and how we perceive love. After drawing but a few conclusions, he asked me, “did you imagine your life turning out like this?” This is a friend who had walked through each step of the last complicated week with me, and we both looked back at the end of it thinking, “Whose life is this, anyway?” But his question triggered a startling realization for me: in no way shape or form was this the life I expected to be living today.

I never dared to dream so big. I never in a million years could have imagined how my life might take shape to include performing with my idols, making music with the very best artists in the world, or walking past 57th and 7th Ave and seeing my photo on two different posters announcing sold-out concerts all the while with the question “How do you get to Carnegie Hall” rolling around in my spinning head as I laugh to myself, “Well, I just took a taxi!”. 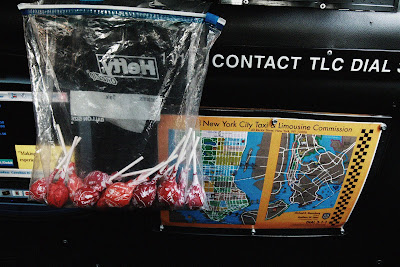 The little girl in me wants to scream, “Hey, don’t wake me up yet – I want to see how it turns out.” But that’s not something I can know just yet – for if I think of what I was dreaming of 15 years ago (“I want to be the cool high school music teacher”!), I seem to be in an alternate universe from that point in time! We were talking about how much determination this career takes, and how from the outside it may seem that I’ve been extremely career-driven and (ooo, dare I say it?) ambitious (which you simply have to be to a certain degree in this field), but I looked at him with shock and awe thinking, “but that’s not me – I never set out to DO all this!” And that realization really made me think – how is it that I’ve arrived here if I didn’t set out for this place?

Well, as I’ve always said, it’s been a series of small, hopefully well-thought-out decisions and steps that I made according to what my gut and my heart were saying – but I’d be lying if I said I knew to where each of those decisions and steps would lead me. I’ve been simply doing the work, and trusting things to work out as they need to – and in fact, they always have. I look back and think of the panic-laden moments, the fear-based episodes, the huge attacks of self-doubt and realize that each one of them taught me exactly and precisely what I needed to learn for that moment in time. And they led me to the next step. Which led me here.

During the last week I performed a brand new Rossini Finale Aria for Marilyn Horne’s 75th birthday gala along with Frederica von Stade, Susan Graham, Dolora Zajick, Karita Mattila, David Daniels, Dimitri Hvorostovsky, Thomas Quastoff, Thomas Hampson, and fellow WSU Shocker, Samuel Ramey, to name but a few, watched America swear in a new President, received the key to my hometown city of Prairie Village, Kansas surrounded by family and friends, performed our “Furore” concert for two sold out concerts in both Kansas City and at Carnegie Hall, hosted the HD broadcast of Stephanie Blythe’s tour-de-force Orfeo, and capped it off with a (pinch me) concert on the stage of Carnegie Hall singing with the unrivaled Metropolitan Opera Orchestra with Maestro James Levine conducting (and playing) Mozart and Rossini.

At the end of all this, my head was spinning, and there were truly an infinite number of emotions soaring through my tired body. It takes a lot to make it through a week like that, and it takes a lot to ARRIVE at a week like that. This is what I was contemplating at a dinner after the final concert, as I was surrounded by my dear friends, and most importantly by my husband. Yes, the thrill of the events was undeniable – and the knowledge that a week like that doesn’t come around very often in one’s life is not lost on me – but in the end, all I desired was to be with my family and friends. In the end, these people who have lifted me up when I was down, helped me to celebrate the triumphs and absorb the failures, and who have stood by me in every moment they could – this is where I wanted to be. These beautiful people who accept that I cannot always be there for them physically to help them celebrate their moments, somehow embrace it, and help me get on with it.

It’s nothing new, but it is the curse of the artist who needs their family and friends so desperately, but who seemingly is always apart from them. The thing I am most grateful for in all of this isn’t the reviews, or the applause, or the billboards: it is to know that at the end of it all, I can return to what is most important. I hope they all know that.